Badal will have to deal with too many trouble-makers in the year ahead, feels Ganesha.. 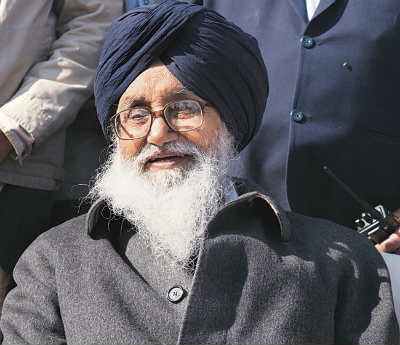 The current Chief Minister of Punjab, Parkash Singh Badal is widely regarded as the second most powerful Sikh in the world, behind only former Prime Minister Manmohan Singh. In his present stint, Badal has been the CM since 2007. He has previously served as the state’s CM from 1970 to 1971, 1977 to 1980, and 1997 to 2002. He is also the patron of Shiromani Akali Dal (SAD), a Sikh-centered regional political party based in Punjab. He was the president of the party from 1995 to 2008, when he was replaced by his son Sukhbir Singh Badal. As the patron of SAD, he exercises a strong influence on the Shiromani Gurdwara Parbandhak Committee and Delhi Sikh Gurdwara Management Committee, and is the recipient of the second highest civilian award, Padma Vibhushan, which he got earlier this year.Ganesha, with the help of his Horoscope, analyses how the year ahead will be for him.

Ganesha wishes a great time ahead to Parkash Singh Badal.