Lokesh Naidu 2017 Predictions: Not Likely To Be A Good Bet For 2019 Assembly Elections 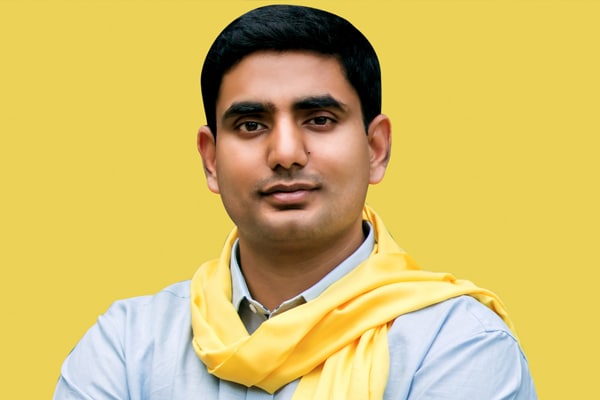 Even as Chandrababu continues to stay a popular figure in Andhra Pradesh politics, now all the eyes are set on Chandrababu’s 34-year-old son Nara Lokesh Naidu. Lokesh Naidu was inducted into TDP in 2013 and currently, he is the Cabinet Minister for Infomation Technology, Panchayati Raj and Rural Development in Andhra assembly. While on the whole Chandrababu has been a huge success in Andhra politics, it remains to be seen whether his son Lokesh Naidu will live up to peoples’ expectations. But what are you thinking about your career? Buy the Career Prospects Report and find out.

By inheritance, Lokesh Naidu is way above an average politician. He is the son of several times CM of Andhra Pradesh, Chandrababu Naidu and the grandson of the illustrious politician, the late N T Rama Rao. Besides, apart from being a cabinet minister in Andhra assembly, Lokesh Naidu also heads TDP’s youth wing. These parameters have increased expectations from this young leader. What are your expectations from your business? Get the 2017 Business Report & meet your desired goals.

Lokesh Naidu has a few significant developments to his credit so far. He helped TDP develop the Cash Transfer Scheme for their manifesto in the 2009 elections. The TDP proposal was criticised by Congress, but Lokesh Naidu claimed in January 2013 that Rahul Gandhi and Congress’ later development of the Direct Benefit Transfer System was derived from the TDP proposal. Are you concerned about your financial prospects? Get the 2017 Finance Report to know your favorable & unfavorable time frames.

The question doing the rounds now is whether he will succeed in politics, whether he will be able to work with the same charisma as his father or grandfather. Ganesha has found that even though Lokesh Naidu may continue to enjoy recognition in Andhra Pradesh politics, he may not be able to make the mark in the 2019 assembly elections.

The question: As per the planetary movements, how will be the leadership of Lokesh Naidu in TDP, how will be his political future and whether he will deliver success in the 2019 elections?

As per the given time, the derived predictions are based on the KP Horary Chart.
Horary Number: 87 (between 1 and 249)
K P Ayanamsa (the longitudinal difference between the Tropical (Sāyana) and Sidereal (Nirayana) zodiacs): 24.0.29

The sub-lord of Lokesh Naidu’s 10th cusp is the dispositor in the 10th house, so it means good times in politics. Thus, the significant position of Lokesh Naidu in Andhra Pradesh politics is here to stay. He will continue to enjoy his clout and will work on building his skills.

The period till 21/12/ 2017 will be good for Lokesh Naidu. However, in the period thereafter, including 2019 (the election year), Ganesha does not see success in his life and his competitor will be in a stronger position.