Political Puzzles and Strategical Miscalculations May Weigh Heavily Upon ‘Amma’ in 2016! 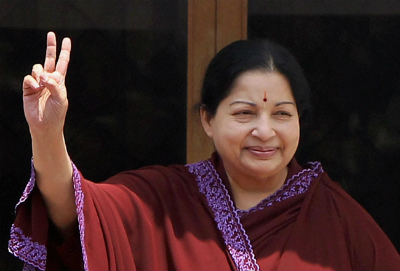 Popularly called the ‘Puratchi Thalaivi’ (which means ‘revolutionary leader’ in Tamil) amongst the Tamil masses – Jayalalithaa Jayaram is one name people always remember when they talk about politics, power and women leaders! Holding the office of the Chief Minister of Tamil Nadu for 5 terms is no mean feat! The strong lady CM, who is the General Secretary of her party – the All India Dravida Munnetra Kazhagam (AIADMK) has enjoyed great popularity and success in even areas other than politics – she was one of the most famous faces of Tamil cinema, having acted in over 140 films in Tamil, Telugu and Kannada languages and won various film awards. Though she became the first incumbent Chief Minister to have been disqualified due to conviction in a disproportionate assets case, she bounced back and resumed office on May 23. The elections are round the corner in Tamil Nadu and the political pundits have swung into action with their guesswork and analysis of the pre-poll situation in the southern-most state of India. How will the designs of the destiny affect the powerful and sober power woman? Will she be able to pass one more important political test of her life? Let’s find out…

[Owing to the unavailability of credible birth-time of Jayalalithaa, the analysis and predictions have been done on the basis of the Solar Chart/ Surya Kundli with the help of her birth-date and birth-place only.]

1) What planetary combinations have been ensuring such enormous power and a stable political ride for Jayalalithaa?

2) What picture do the planets present for her in the upcoming months?
Important Astrological Predictions:

3) Will her political journey witness some drastic changes in the months to come or will she manage to keep her position unchallenged?

Ganesha wishes a great time ahead to Jayalalithaa, CM of Tamil Nadu.