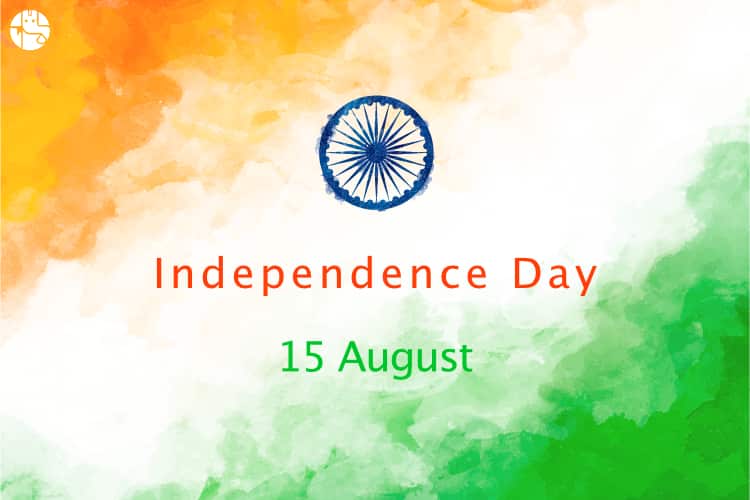 The purpose of human civilisation is to increase well-being & happiness of the people and reduce their pain & suffering. In essence, the most important goal of the nations is to elevate peoples’ quality of life & their living standards. Ideally, nations are there not to fight with each other but to make people happier and more prosperous. And, nations have come out as effective socio-political machinery to address the materialistic & mental needs of the people. Well, among the 195 nations across the world (which includes two countries which are non-member states of the UNO, namely the Holy See and the State of Palestine), India stands out as one of the largest and most significant.

India is the second-largest country in the world by population and the seventh-largest one by land area. Now, the 73rd independence day of India is all set to be celebrated on August 15, 2019. Yes, India will turn 72 on this auspicious day. And indeed, today, India is facing several formidable challenges which are to be overcome with an iron fist. So, whether its the consequences emerging out of the government’s decision to abrogate Articles 370 and 35 A ((which had accorded special status to the state of Jammu and Kashmir (J and K)) or the goal set by PM Modi to convert India into a 5 Trillion dollar economy by 2025, the coming days are bound to be struggling.

Here is what Ganesha has predicted about the future of India. Read on to know the findings:

As per the chart of Independent India, things will gradually move in a positive direction. The article 370 has been revoked. But it will take some time before positive results come up. The nation may witness some good outcome from the abolition of this article from mid-November 2019 onwards, as per astrological predictions for India 2019.

On the other hand, the new investment opportunities announced by the Indian government will help lessen the anger in Jammu and Kashmir. The increase in employment and financial growth in J and K may divert the minds of the people from divisive issues to the better & more concrete development agenda. These developments will boost the confidence levels of the people at large, which may positively help the government in the months to come, as per India country chart.

Separatists May Try To Create Problems

At the same time, it may not be a cakewalk for the government. The terror groups and terrorists may try to create roadblocks and obstacles in the path to peace and development. So, the government will need to be alert all the time. The separatists will have to be controlled with an iron hand, in accordance with Independence Day Prediction Astrology.

Relationships With Pakistan And China

At the same time, the relationship with our two neighbouring countries, Pakistan and China may come under strain. In India’s chart, the stellium is present in the third house (The house of neighbours). This may keep India involved in some of the other issues with the two neighbours. Accordingly, events coming out from the abolition of Articles 370 and 35 (A) may keep the distance between India and its two neighbours as per Astrology.

India May Get Set For The Massive Economic Target

According to India’s chart, the currently transiting Saturn-Ketu may be hurting the financial growth of the country. And the country will require some sound and strong financial planning & decisions to accelerate the country’s path towards becoming a $5 Trillion economy by the year 2025. Though there are challenges, the country can achieve the target by taking strong and sincere steps, says future predictions Of Indian Economy.

In India’s chart, the natal Mars is present in the house of finance, and presently Rahu is moving over the natal Mars which indicates that the government needs to promote some more projects like the Make In India, Skill India, etc. The period starting in February 2020 will be positive for India from an economic point of view.