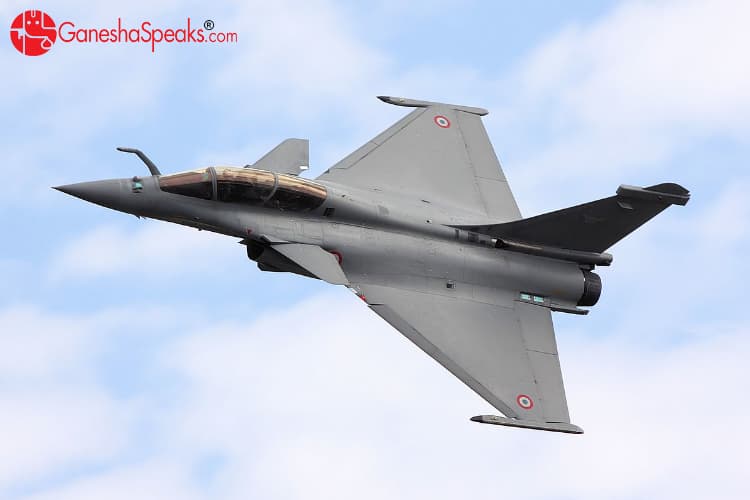 In recent times, corruption has seeped into every arena of our social and political system. The Rafale deal controversy is one such development of alleged corruption. As we know, the Rafale Deal Controversy is a raging issue in India regarding the purchase of 36 multirole fighter aircraft for a price estimated to be worth Rs 58,000 crore (7.8 billion dollars) by the Defence Ministry of India from France’s Dassault Aviation.

In 2017, the main opposition party of India Congress alleged a ‘huge scam’ in Rafale fighter jets deal. Congress leaders have said that the Rafale Deal contract violated the procurement procedure and blamed the government for promoting ‘crony capitalist friends.’

Ganesha has foreseen the future of BJP and PM Modi vis-a-vis Rafale Deal Controversy. Here is the astrology prediction for what lies ahead:

No Cakewalk For PM Modi Foreseen

Thus, both BJP and PM Modi are under the influence of the last phase of Saade Sati. Therefore, the upcoming period won’t be easy for PM Modi. It may even hurt the prospects of the ruling party BJP. Do you want to know about your career’s future? Buy the Career Ask A Question Report.

Besides, Jupiter will enter Scorpio during October 2018. It will directly impact the Moon in both the charts, of BJP and PM Modi. Also, as Saturn is in Sagittarius, the pending problems may come to the fore and intensify.

The position of Saturn tells BJP that the time is running out and, its now or never for BJP in order to maintain its strong position in the 2019 Lok Sabha elections. The party and its chief, Modi, have to act immediately and urgently. BJP may restructure its organisation and devise new strategies.

BJP May Lose Its Sheen

Rafale Deal controversy threatens to damage BJP’s political standing and its prospects in the forthcoming elections. Thus, there will be anger and frustration in the party cadre.

This dissatisfaction may trigger problems in the party, which may push party leadership to take corrective measures. Party will try its level best to set to rest any internal problems.

Jupiter in Scorpio will be very crucial to PM Modi and BJP as it points to a high-level political drama. The phase until August 2019 will be difficult for party leadership.

Modi May Emerge Even Stronger

However, planets also foresee that PM Modi and his party leadership may fight back to get the things under control. Modi may put up a brave front, and as per the astrology prediction, he may come out of the problems and continue his position as a stronger leader.