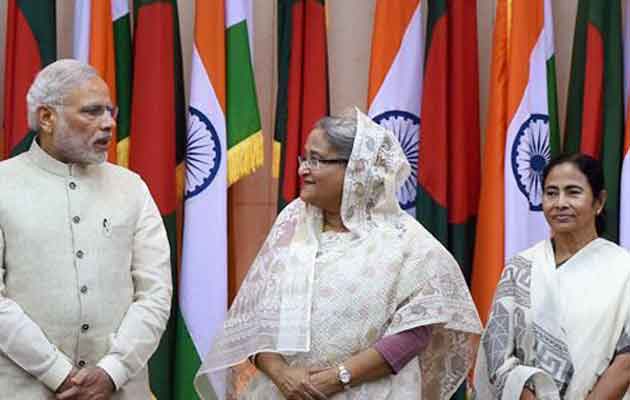 Recently, the Indian Prime Minister Narendra Modi, as a part of his nation and relationships’ building campaign, visited India’s neighbour country Bangladesh in a 2-day visit. The erstwhile East Bengal and later a separate country—Bangladesh may not be substantial in terms of its land space, but it does have a strategic presence, and the extremist and unlawful activity taking place there has led to issues in India, including that of unchecked infiltration in the Indian territory. PM Modi’s strategic visit meant to bolster bilateral ties with India’s Eastern neighbour is said to have resulted in encouraging the governments of both sides to take proactive steps to forge mutually beneficial plans for both the countries in future, including a renewed focus on boosting tourism and Teesta water sharing agreement. PM Modi’s stirring speech on the occasion became a talk of the town, giving hope to people on both sides.

Ganesha takes this opportunity to look at India’s and Bangladesh’s Foundation Charts to predict the way ahead for them.
India Country Chart

India is currently passing through the Sun Mahadasha and Venus Bhukti. Venus is the Ascendant Lord, and it is placed in the 3rd House of India’s foundation Chart. As the transiting Jupiter is also passing through the 3rd House, India’s focus is on the treaties with neighbouring countries, which shall help improve its relationships and also strengthen and consolidate India’s position.

Bangladesh covers a small territory, but it has an enormous potential and considerable strategic significance for India. Bangladesh is passing through the Venus Mahadasha and Jupiter Bhukti. Jupiter is placed in the 10th House of Bangladesh’s Foundation Chart. Under the influence of this planetary configuration, Bangladesh government too has taken some strong strategic decisions by striking important deals with India.

However, note that the transiting Saturn is passing through the 10th House over the Natal Moon in Bangladesh’s Foundation Chart. So, the adversaries of the pro-liberation spirit shall be more powerful than ever, and it will, thus, be a herculean task for the Bangladesh government to free its soil from the ongoing anti-India activity.

India and Bangladesh have started their renewed march towards a stable democratic polity. But, both the countries may require to work together for a stable South Asia, against the muscle flexing by some extremists and fundamentalist elements.