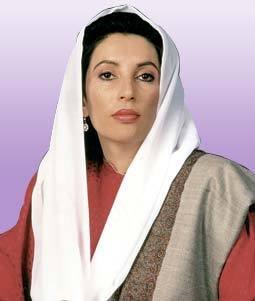 Political avenues in Pakistan have been rattled with the death of Benazir Bhutto, former Prime Minister of Pakistan and daughter of Zulfiqar Ali Bhutto, a big shot in the political history of Pakistan. Political analysts across the world mourn over the death of democracy in this nation. While the world mulls over her assassination, Ganesha gives you the numerological analysis of the powerful lady of Pakistan.

Bhutto’s date of birth is June 21, 1953 so her birth number comes to 3 and her Life Path Number is 27=9. Number 27 signifies leadership, and tells her strong inclination to follow self beliefs and instincts and pursue goals with tremendous ambition, aggression and drive.

Her name Benazir Bhutto comes to 51=6. 51 signifies the spirit of a warrior. This can give sudden advancements and accomplishments and a fortunate number for leaders. But number 51 also comes with a strong warning of dangerous enemies. That’s why we should not recommend it for a name.

Her family name `Bhutto’ which is very popular and strong in Pakistan comes to 28=10. 28 consists 2 and 8. 2 is represented by Moon and 8 by Saturn. So it’s a number of contradictions. It signifies both immense success and powerful opposition from enemies and competitors, and this has been the destiny of Bhutto family.

Her personal year number in 2007 was 18=9, symbolizes endings and transitions. She was completing a 9-year cycle and on the verge of starting the new one. So there was no doubt that she was a strong candidate for prime ministership. 18th Personal Year is always filled with new plans, restlessness, and changes. Bhutto experienced all those in year 2007. But Personal year number 18 also comes with dangers and fierce competitions. Deception, accidents caused by carelessness and over-enthusiasm. It was a second attack by suicide bomber this year. Obviously, on the day of her assassination security was caught off-guard and she became victim of her carelessness despite warnings and threats.

So it was a year connected to advancement and revolutions but deception by friends and enemies for Late Benazir Bhutto.