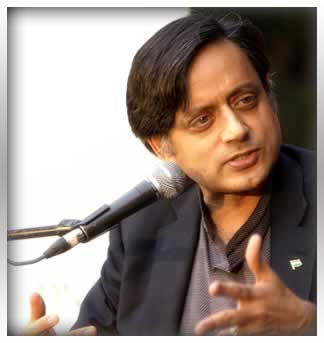 Shashi Tharoor, recently appointed minister of state for external affairs, began courting controversy even before he took his first baby steps in Indian politics. The Twitter-friendly seasoned diplomat, writer and columnist made an alleged faux pas, which has ruffled many a feather in the Congress.

When he was asked on social networking site Twitter, if he too would travel economy class like other Congress members sworn to austerity, Tharoor had tweeted in reply, ”Absolutely, in cattle class out of solidarity with all our holy cows!” The intellectual in him probably overlooked the implications of using in a lighter vein, terms like ‘cattle’ and ‘holy cows’, which roused ‘true blood’ Bhartiyas to uncontrolled fury.

Much brouhaha has been made over the minister’s remark, forcing him to post an apology for his remark. While Tharoor called it a ”silly statement”, he maintains he did not mean to disrespect the thousands of economy-class travellers.

Although the matter is now being given a quiet burial by the Congress, the media seems to be in no mood to close down the issue. In this light, Ganesha takes a look at Tharoor’s horoscope to analyse his future in Indian politics.

What next for Tharoor?
Currently, Tharoor is under the influence of Saturn’s maha dasha, Venus’s antar dasha and pratyantar dasha of Rahu. This period will remain till 21st January, 2010. He will gain immense popularity in politics during this period.

From 13th August, 2011 to 25th July, 2012, he will remain under the influence of maha dasha of Saturn and pratyantar dasha of Sun (Lord of the 7th House). During this period, he will prove his mettle as a politician.

Keeping in mind the recent controversy he was embroiled in, Ganesha cautions Tharoor against expressing his thoughts openly as Jupiter, Lord of the 2nd House (of speech), is aspecting Sun.