Dharmendra Pradhan may be able to bring about critical reforms in his ministry, feels Ganesha 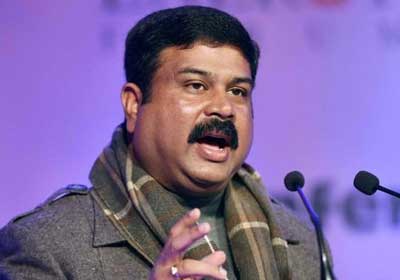 Born on 26th June, 1969, Dharmendra Pradhan is a junior BJP leader. Pradhan is the current Minister of State (with Independent charge) for Petroleum and Natural Gas in the Narendra Modi led NDA Government. He was elected to the Rajya Sabha in March 2012 from Bihar. Pradhan was a member of the 14th Lok Sabha of India. He represented the Deogarh constituency of Orissa. He is a member of BJP and RSS. He is the son of former BJP MP Dr. Debendra Pradhan. In addition to being a General Secretary of the BJP, he was assigned additional responsibility to look after the party activities in Jharkhand in August 2011. Ganesha here takes a peek at how he is likely to perform during the year ahead.

[Owing to the unavailability of credible birth-time of Pradhan, the analysis and predictions have been done on the basis of the Solar Chart/ Surya Kundli with the help of his birth-date and birth-place only.].

Ganesha wishes a great time ahead to Dharmendra Pradhan.