Kejriwal Should Make the Best of the Time Till January 2016; Rahu may upset the Apple-Cart Later On! 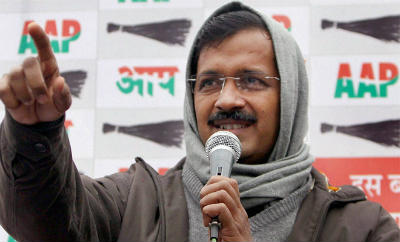 He may continue being eccentric even in Future due to the Combination of the Moon and Debilitated-Retrograde Saturn, but due to strong planetary combinations he may enjoy a longer innings...
He is difficult to understand, hard to decode, yet he is a person who has managed to grab our attention right from the time he joined the social services arena. Arvind Kejriwal has rose phenomenally to achieve the position of the Chief Minister of New Delhi, and his success story surely makes for a very interesting and intriguing read. Very few people would be adventurous and daring enough to leave a grand job and join the stream that leads to change. A Mechanical Engineering Graduate of the Indian Institute of Technology, Kharagpur, Kejriwal worked for the Indian Revenue Services (IRS) as a Joint Commissioner of the Income Tax Department. He was awarded the Ramon Magsasay Award in 2006 for Emergent Leadership in recognition of his involvement in a grassroots movement – Parivartan. Launching the Aam Aadmi Party in 2012, the former lieutenant of Anna Hazare, went on to become a thorn in the flesh for the Congress Party with a relentless fiery assault-style campaign against the party which was already facing the ire of the public for its corruption friendly governance. But after the emergence of his fledgling party as a prominent force in the state elections of Delhi in 2013, he went on to form the government (though just a 49-day one) with the support of the same party (Congress), against whom the initial flames of fire were being directed at and this ruffled a lot of feathers. A lot of things have changed afterwards, be it the political relations, equations, the government, the leaders and the scenario. Now, the renewed version of Arvind Kejriwal has been in action from 14th February, 2015, as the Chief Minister of Delhi with the strong base of 67 MLAs in the State Assembly of the National Capital. How will the upcoming times be for the man who has stood for change? Will his fortunes get better with the passage of time or will they change for the worse? Let's find out with Astrology.FM's special astrological take on the enigmatic man...
Arvind Kejriwal
16th August, 1968
07:30 (unconfirmed)
Siwani, Haryana, India
NATAL CHART

Kejriwal and the Planets...
Leo Ascendant – Signifying the Urge to Lead....
The Highlights:
Majority of Planets in the Trine Houses...
Sun in the 12th House – A Cause for Various Troubles?
Saturn – Blocking Fortune?
The Planets Not Allowing Him to Keep Up His Word?
The Period When He Rose...
Ganesha wishes great luck ahead to Arvind Kejriwal.
With Ganesha's Grace,
Tanmay K. Thakar
The GaneshaSpeaks.com Team
Share