As the planets are adversely aligned currently, Shourie is advised to control his impulse!

As the planets are adversely aligned currently, Shourie is advised to control his impulse! 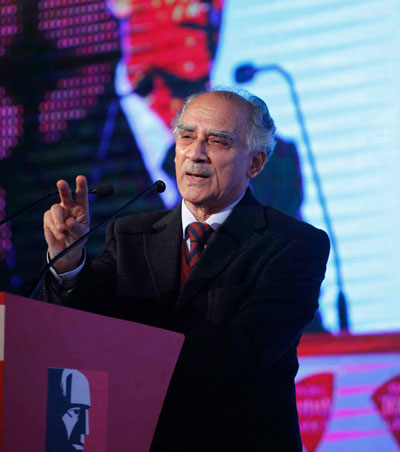 Such statements and remarks by Shourie may be the general trend till around January 2016, says Ganesha!
Arun Shourie is a BJP Leader, who has enjoyed a lot of popularity and influence and earned a lot of fame for the great measures he took as the then Finance Minister in the Atal Bihari Vajpayee led NDA Govt. But in the recent times, he has been courting controversy too often and has been landing into hot-soup with the party leadership. Many say that the wayward behaviour from such a veteran and experienced leader is just a part of the gimmicks to grab some attention or is a way to express his dissatisfaction of not being given a role in the Central Cabinet. What exactly is the problem? What do the planets indicate? Check out in the article…. 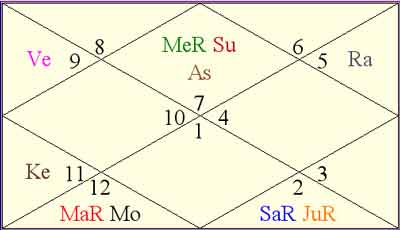 [Owing to the unavailability of credible birth-time of Shourie, the analysis and predictions have been done on the basis of the Solar Chart/ Surya Kundli with the help of his birth-date and birth-place only.].

1) What makes an experienced politician like Shourie behave in such a strange manner currently, which makes it appear as if he likes courting controversy?

2) Are there any chances of him getting a good position in the Central Cabinet in the near future? [OR] Will his political career get revived?

3) Are more troubles indicated to him or because of him to the BJP?