Things may not be entirely rosy for Anandiben; Golden Period Aug 2016 foreseen!

Things may not be entirely rosy for Anandiben; Golden Period Post Aug 2016 foreseen! 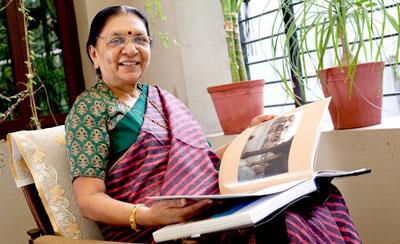 This powerful Ben of Gujarat has been enjoying steady power and flourish ever since she was chosen as the Chief Minister of the state of Gujarat. But it hasn’t been an entirely smooth ride for her, especially in the past few months owing to the Patidar Anamat Aandolan, which probably gave her some tense moments. Her party has also emerged the victor in the latest battle of Gujarat – the Civic Polls. Though the victory comes as a very big relief for the CM, but there is still a lot to be delivered and she has to make sure that things don’t slip out of her hands easily. All said and done, what do the planets indicate about the path ahead? Will she be able to deliver some path-breaking governance policies? Find out what Ganesha envisages…

1) What planetary configurations blessed her with such great calibre to be able to make it so big?

2) What do the stars indicate for Anandiben in the coming months?

3) Will the journey after the just-concluded civic elections be a memorable one for her? OR, are some threats in store?

Ganesha wishes a great time ahead to Anandiben Patel.