Pushkar was not in a right state of mind on the day of her death, reveal Stars. 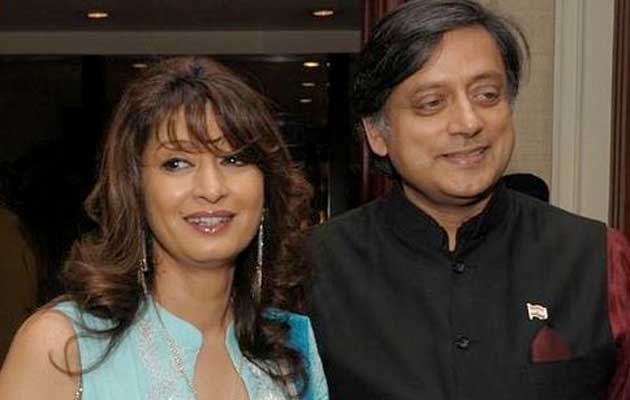 In inarguably one of the most high-profile murder mysteries in the recent times, socialite Sunanda Pushkar, 52, was found dead on January 17, 2014 in a posh Delhi hotel, amidst suspicious circumstances, by her third husband and Congress MP Shashi Tharoor. Initial theories said Pushkar may have died of a drug overdose. But, confusion has reigned supreme. Too many things are unexplained, and further stories, some pointing at a fishy twitter battle between Pakistani journo and Pushkar to others pointing at Tharoor’s alleged involvement to the latest one wherein Pushkar is said to have threatened Tharoor that he was finished, have done the rounds.

Very recently, Delhi police reopened the case, and confirmed that they hold this as an open case of an unnatural death. Tharoor, on his own, has been embroiled in one controversy after the other, and now, yet again, all the eyes are fixed on him.

What could have brought such a gruesome end to a love story? Will Tharoor manage to get out unscathed of this major scandal? Sunanda had died exactly a year ago. Was she really murdered? Ganesha takes a look at the starry indications to analyse and predict.

Sunanda’s Solar Horoscope
As per Sunanda’s Solar Horoscope, created basis her available birth date and birth place, it can be surmised that she had a combination of Saturn-Ketu in her 8th House. This is considered to be a bad planetary combination, which can result in a person’s sudden demise, owing to poisoning and betrayal or even something as basic as food poisoning. So, she was pre-disposed by the stars to die of poisoning.

Planetary Battle –
The transiting Sun and Mercury were passing through the 8th House in Pushkar’s Solar Chart. This may have caused her to be confused in her speech and expression, suicidal in thoughts and extremely low on confidence. Moon was transiting through Cancer, which may have made her very emotional.

Mars was transiting through the 4th House of her Solar Chart, so she was likely to be very aggressive and forceful in her behaviour, and unwilling and fixed in her thought.

Pushkar was under the influence of Rahu-Mercury-Saturn Dashas. This means that none of the planets in transit or as posited in her chart were supportive of her – at the time.

Plus, on the day of her death, the transiting retrograde Venus was passing through Pushkar’s 7th House (the House of Marriage and Partnership) – so, it is heavily likely that she may have gotten into a major spat with a partner.

Implication
The afore-analysed planetary picture indicates that on the day of her death, Pushkar may not have been in her best mind or judgement. She was liable to take wrong decisions, given her state of mind or being, and it is very likely that she may have been implicated or provoked, so she ended up taking a fatal decision and consuming poison. In short, Astrology reads that Sunanda Pushkar may have consumed the poison on her own, owing to provocation from a partner or a partnership related issue.

Because of these alignments, Tharoor’s personal life has always been controversial. In the future also, his personal life shall remain tumultuous, especially till mid-2017.

However, even in the midst of all the turmoil, Tharoor may experience a relatively positive phase in his personal life between 14th July 2015 and 14th September 2015.