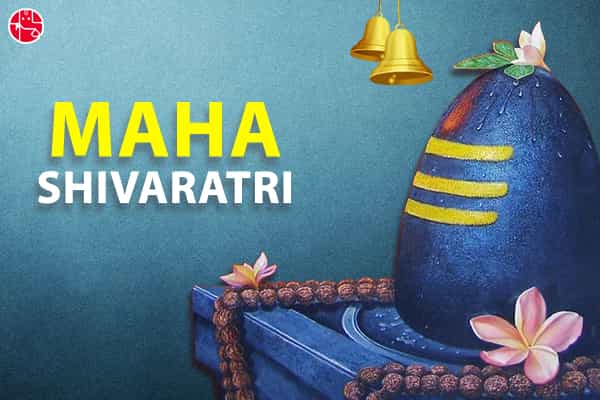 This year, the auspicious festival falls on the 11th March, 2021, which happens to be a Tuesday.

Maha Shivaratri – The Festival Of Divinity

The Maha Shivaratri festival is celebrated on a humongous scale in all parts of the country, and wherever Indians live all over the world. On the darkest night of the year devotees stay awake and offer prayers, perform rituals and pay obeisance to the most graceful of the deities, Lord Shiva, for his blessings. As per astrological tenets, the cosmos is said to be replete with divine energy on the night of Shivaratri, and devotees offer prayers to tap into this energy. Read about the importance of Lord Shiva during Shravan month.

Get The 2018 Detailed Yearly Report

Lord Shiva: The Easiest Of The Holy Trinity To Please

Lord Shiva is one of the three most revered Hindu deities, forming a part of the great holy Trinity (Brahma, Vishnu, Mahesh/Shiva – the Creator, the Preserver and the Destroyer respectively). The hermetic God, with his abode in Mount Kailash in the Himalayas, is believed to be formless, shapeless and timeless. The Shivalinga is a mystic symbol of Lord Shiva, who is considered the easiest of the Gods to please and his blessings are said to possess immense power. The significance of worshiping Lord Shiva on Maha Shivratri is that one attains salvation.

Maha Shivratri Story: The Celebration Of The Marriage Of Lord Shiva And Goddess Parvati

As per the story of Mahashivaratri, the festival is celebrated to mark the day on which Lord Shiva married Goddess Parvati. It falls on the 13th night of the dark half of the Hindu month of Phalgun. On the occasion of Maha Shivaratri, devotees observe a day-long fast and worship Lord Shiva with great vigor at temples and homes. The Shivratri legend also says that a person who fasts on this day can reap the benefits of a whole year’s rigorous prayers. Women pray to Lord Shiva on Mahashivratri to get a husband as omnipotent as Lord Shiva himself.

Maha Shivratri Spiritual Significance: The Origin Of The Legend Of Neelkanth

According the most prevalent legend of Mahashivratri, during the great mythical churning of the ocean – Samudra Manthan conducted by the gods and demons for obtaining nectar to make them immortal, first a pot of poison emerged. The poison was so potent that nobody was ready to even touch it as it had the power to burn up the whole world.

It was decided that the only one who could help them get rid of this poison was Lord Shiva. So they all went to him for help, and Shiva promptly agreed to consume the poison. However, the poison was so deadly that even if a drop had entered Lord Shiva’s stomach (his stomach represents the universe), it would have annihilated the whole world.

Shiva carefully held the poison in his throat which turned blue due to the effect of the poison, and so he came to be known as Neelkanth. Maha Shivaratri is celebrated as a day of gratitude to Lord Shiva for protecting the world from this deadly poison.

For best results pray four times on the Mahashivratri night.

Shiva Ratri puja can be performed one time or four times during the night. The whole night can be divided into four quarters to perform Shiva puja four times. The offerings to be made to Lord Shiva during the four quarters of the night are as follows: