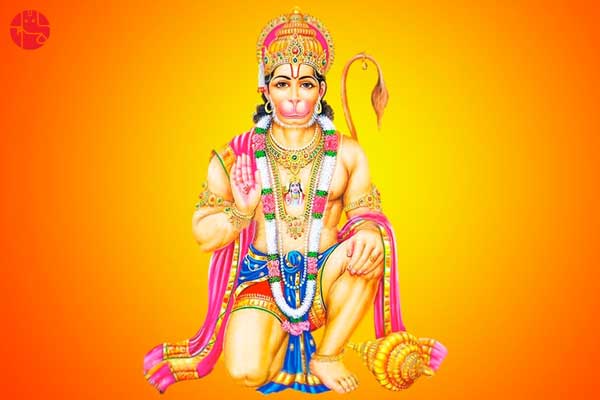 This year, the festival falls on the 6th April 2023, which happens to be a Thursday.

The Significance Of Hanuman Jayanti – The Birthday Of Lord Hanuman

On this auspicious day, get your hand-written Janampatri by our experts

Hanuman Jayanti: Lord Hanuman Is The Symbol Of Immense Might And Unalloyed Devotion

An ancient saying from Indian tradition says that if you want Lord Rama to terminate all your sorrows, you can reach Him only through Hanuman. Well, Hanuman is immensely powerful and an absolute devotee of Lord Rama. He is the granter of happiness and destroyer of problems. It is further believed that continuous reciting of the famous Hanuman Chalisa can help one overcome all sorrows and acquire supernatural powers. As Hanuman is very powerful, so his worship has become very powerful.

Hanuman As A Child Loved To Play Pranks

On Hanuman Jayanti, people also remember him as a mischievous character in his childhood days. In one legend, he crossed mountains, scaled higher towards the skies to eat the sun, thinking it to be a mango. A malefic planet, Rahu which was on its way to form an eclipse with the sun, came in his way and stopped him midway. Hanuman defeated Rahu who later approached Indra, the king of devas, for assistance. To this, Indra responded and threw Vajra (thunderbolt) that hit the young child and made him unconscious.

After finding his son lying in an unconscious state on the earth, an angry Vayu made life difficult on the planet to survive. Later, devas realized they made a huge mistake and revived the young Hanuman who was blessed with a number of boons.

Hanuman Is The Principal Character In The Hindu Super Epic Ramayana

According to Hindu legends, Lord Hanuman is one among the principal characters in Ramayan. A great devotee of Lord Ram, He finds His place mentioned in Mahabharat, Puranas as well as some Jain texts too. Many historians believe that He was the son of Vayu (wind god) and Anjana. He is a monkey god and an incarnation of Lord Shiva. With other vanaras (humanoids in monkey forms) lead by His chief Sugriv and Lord Ram, He participated in a long-lasting war to vanquish the forces of evil lead by Ravan, the demon king. Also read how Lord Shri Ram won the battle against Ravan

Many heroic tales stand testimony to the fact of how the legend lived and are remembered even today particularly when preparations of Hanuman Jayanti are underway. One epic describes that Lord Hanuman had the ability to assume different forms at his own will and was able to seize clouds, move mountains, break rocks or move as swiftly as the divine bird Garuda. With innumerable energy and strength, no demon was able to stand against him. No doubt, it was a precious gift he received from gods from his childhood days.

Make The Most Of This Auspicious Day

Recite these shlokas as many times as possible during the day. This will help you to get rid of troubles, worries and give you the strength to overcome difficulties with ease. The more you repeat them and remember Lord Hanuman, the more will you come closer to him. Though many notice him standing tall within the majority of temple complexes or at their entrances, hardly one knows the true significance as to why people arrive in large numbers to celebrate the popular Hanuman Jayanti festival. Get yourself a Hanumantyapujan Yantra, worship it religiously and be in full control of your life! Get yourself a Ram Raksha Yantra to invite peace and prosperity!