How Lord Shri Ram won the battle against Ravan: A brief analysis of his Birth Chart. 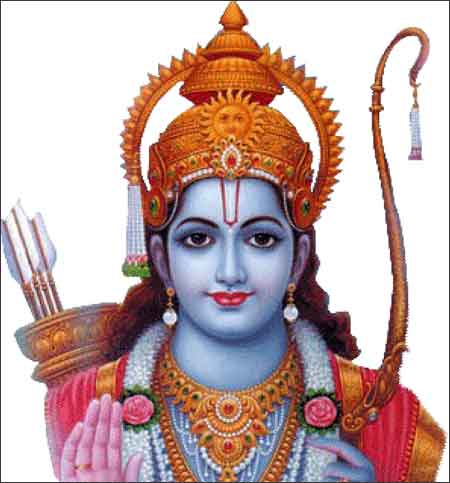 Ramcharitmanas is a great Hindu scripture and poetic classic written by Goswami
Tulsidas. It elucidates the life and deeds of the Supreme Power – Lord Shri Ram, the incarnation of Lord Vishnu. Goswami Tulsidas wrote Ramcharitmanas in Vikram Samvat 1631. According to Ramcharitmanas, Baal Kand, Shloka 33(3), Lord Shri Ram was born on
Tuesday, on the noon of the ninth day of Chaitra Shukla Paksha. Let’s go a little deeper, this Diwali. As our homage and reverence to the great Lord Rama, let’s learn the subtle nuances of his natal chart and horoscopes to find out more about the great Hindu God.

Birth Horoscope of Lord Shri Ram
The Zodiac sign at the time of his birth was Cancer. From the first House of his ascendant; the five planets namely Jupiter, Moon, Saturn, Mars and Venus are exalted in the quadrants and trines of his birth chart.

The first House of this horoscope has the conjunction of Jupiter with Moon. This combination forms an excellent Gaj-Kesari Yoga. A person born with this yoga has many relations to deal with. Also, he is polite, generous, a builder of villages and towns or likely to magistrate over them, which will have a lasting reputation even long after his death. This planetary alignment helps a person destroy enemies and the native wins the battles. In Rama’s natal chart fourth House is exalted, and powerful Saturn made him possess an excellent knowledge of weapons. Further, here Mars is exalted in Capricorn in the seventh House; this undoubtedly makes the person the best in the martial arts. Mars, the red planet of war makes him a conqueror who wins every battle he fights. The Sun is in Aries, and occupies the tenth House and derives strength from the ascendant.

This is an excellent combination, contributing to the making of a great and powerful emperor. The tenth Lord of profession is exalted in the seventh House, but the Sun-Saturn opposition in 4/10 axis, is something that will deprive the native from family, own house, power and authority. Therefore, Lord Ram had to live in exile for fourteen years away from his birth place Ayodhya.

May Lord Shri Ram bless you all with the power and wisdom to remove the darkness from your heart and brighten it with divine light. Dipawali is the festival of lights and celebrations as Lord Shri Ram returned to Ayodhya with his wife Goddess Sitaji and Brother Laxman. Let?s spread the festive spirit among friends, family, acquaintances, colleagues and loved ones with warm and heartfelt Dipawali Wishes.

Ask a Question to our Celebrity Astrologer