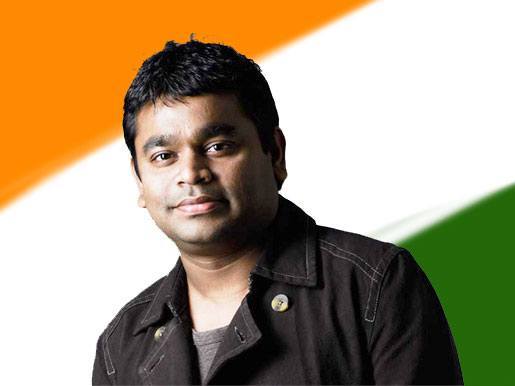 It was the year 1992 when one of India’s greatest filmmakers, Satyajit Ray, was awarded an Oscar for Lifetime Achievement. Sometime in that same year, a budding composer got a break to write the music for Mani Ratnam’s iconic film Roja.

Almost 17 years later, that same musician has today become one of India’s finest composers and has once again raised India’s chances of bagging the prestigious award.

We are talking about none other than talented composer and singer AR Rahman, who has enchanted millions with his soul-searching compositions and who is standing on the threshold of rewriting India’s Oscar history.

And now, the music of British director Danny Boyle’s film Slumdog Millionaire has brought Rahman -popularly known as the Mozart of Madras – into international limelight, with the world chanting the mantra of ‘Jai Ho’.

The film has already won Rahman a BAFTA for Best Music and a Golden Globe for Best Original Score, besides other international awards. Now, with three Oscar nominations, the renowned composer is literally on a roll.

The big question on every Indian’s mind is: Will the much-deserved and seasoned musician bag an Oscar award for Slumdog? Apparently, Ganesha is positive about his chances of victory.

Rahman’s luck factor for the Oscar
Ganesha observes that Rahman is under the influence of Mars’ Return phase. On 22nd February 2009, there will be Stellium of planets in the 2nd House from his Natal Sun and Mercury. Transiting Venus will be in Square to Natal Sun. Transiting Sun will be over Natal Saturn.

He has retrograde Jupiter and Moon’s conjunction in Gemini (Though this is a Surya Kundli and Moon’s position cannot be fixed to exact degrees due to unavailability of birth time, Ganesha has taken Moon into consideration because it doesn’t change sign between 00 hours of 6th January and 7th January).

Ganesha finds conjunction of Moon and Jupiter in transit. Transiting Mars is exalted and transiting Jupiter is debilitated -this happens in Capricorn Sign, which falls in the 2nd House from Rahman’s Natal Sun. In other words, there is Neech Bhang Raj Yoga in the 2nd House of Rahman’s Surya Kundli, which is a positive factor.

The only negative factor is, though transiting Venus is exalted in Pisces, it gives debilitated (fallen) aspect to the 10th House of Success in Rahman’s Surya Kundli.

On the positive side, Lord of the 11th House of gains in the Surya Kundli is Venus, which is exalted in transit.

Considering all the factors explained above, Ganesha feels that the planets may conspire to lead AR Rahman to an Oscar victory. Luck is definitely in his favour.

We wish him good luck and may Lord Ganesha bless Rahman with triumph.