Will Kat stick to Sallu’s Mat? 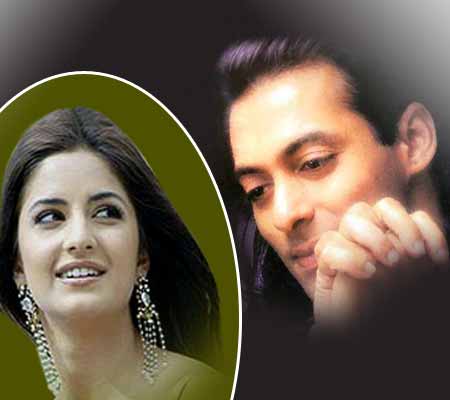 Introduction: The macho man of Bollywood, Salman Khan, born on 27th December 1965 has appeared in many movies. He made his acting debut in 1988 with ‘Biwi Ho to Aisi’ where he played a supporting role. His first leading role in a Bollywood movie was in Sooraj R. Barjatya’s love story ‘Maine Pyar Kiya’ in 1989. The film went on to become one of India’s most maney making films. It also won him a Film fare Best Male Debut Award and a nomination for Filmfare Best Actor Award. There has not been any looking back for him since then. However, he has been in news of late due to some controversies not related with movies.Katrina Kaif, born on 16 July, 1984 is a model and a Bollywood actress. Katrina and Salman’s love affair has been a matter of tremendous speculation in Bollywood and outside of it. The rumor that is currently reigning the gossip columns is that Salman has decided to marry Katrina Kaif.

In Salman’s chart, Venus the significator of love and romance becomes the Lord of the seventh house of marriage. It is placed in the tenth house along with Ascendant Lord Mars. This planetary association is somewhat positive for love marriage. But the negative point is that Sun is in semi-sextile aspect with Venus. This may cause difficulties on the love front. Presently, Sun the fifth house of love Lord is under the positive influence of benefic Jupiter’s transit. Considering all this, Ganesha feels that the love relationship with Katrina will flourish during this year.

In her Surya Kundli, Jupiter is situated in the seventh house in Sagiterious in it’s own sign. The placement of Jupiter forms Kendradhipati Dosha which indicates delay and difficulties in marriage. Both are attracted to each other as Katrina’s Mars is in Libra sign and is aspecting Venus of Salman’s chart. This is the major reason of physical attraction as well. The significator of marriage Venus is combust in Katrina’s chart. In addition to this, Venus is debilitated in Navamansh chart and current transiting Ketu is moving over the Natal Venus which is not favourable.

Currently Ketu is transiting over her Natal Venus and Rahu is in opposition to Natal Venus. This factor indicates that she is likely to experience ups and downs on the love front and she may find some problem with Salman. However, on the positive side, transiting Jupiter will be entering Capricorn at the end of this year and will aspect her Natal Venus which indicates a favourable period for marriage during 2009. At the same time, in his chart, Natal Moon will be under the influence of favourable Jupiter’s transit which indicates marriage during 2009. However, Ketu’s transit till last quarter of 2009 is going to be crucial for this relationship, feels Ganesha. So even if she decides to marry, it may happen in the last quarter of next year. This relationship can be long-lasting and may grow in the near future feels Ganesha.

Considering both the planetary strengths and weaknesses, Ganesha arrives to the conclusion that the relationship of Salman with Katrina may turn in to marriage in the end of next year 2009.

Ganesha foresees more success for them in the coming days and blesses them with all the fame and success in the near future.