Will ‘Jannat’ reach the seventh heaven? 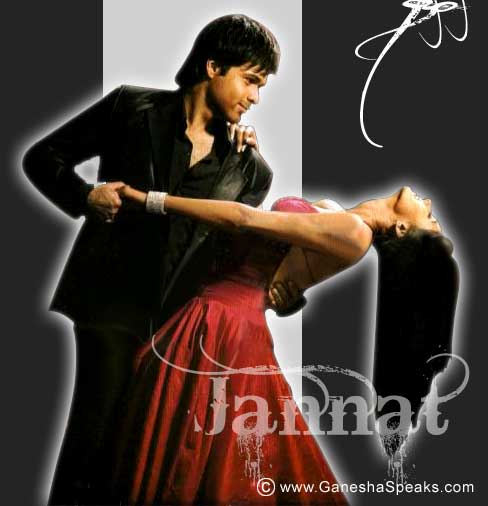 Starring the ‘serial kisser’ Emraan Hashmi and the debutant actress Sonal Singh Chauhan, ‘Jannat’ manages to hold the anxiety of the public. ‘Jannat’, directed by Kunal Deshmukh, is releasing on May 16, 2008.

Ganesha, through an astrological & numerological angle, predicts the chances of this movie reaching the paradise.

Ganesha observes that in the release time horoscope, Karma Bhuvan Lord Jupiter is retrograde (Vakri), hence weak and Ascendant Lord Mercury is placed in the 12th house. Venus – the planet that signifies arts and related matters is placed in the house of gain and is aspecting the fifth house of performance in this horoscope.

Considering these factors, Ganesha feels that from the performance on the box office point of view, this movie will be really good. This is Sonal Chauhan’s debut movie and it is her birthday on May 16, so she will be under the influence of Solar Return. This means that this movie is definitely going to bring about a turning point in this Taurian actress’life. Her performance will be noteworthy and viewers will certainly appreciate her acting. As Venus is in the detrimental sign, not all songs of this movie will be popular. Camera work may also be average. This movie may have interesting twists and turns because 10th house Lord Jupiter is retrograde. As Lord of the Ascendant is in the 12th house of foreign shores, sequences shot in foreign land will be eye-catching.

Good luck and may Lord Ganesha bless the director to get heavenly success abroad.