What is in store for Amisha Patel 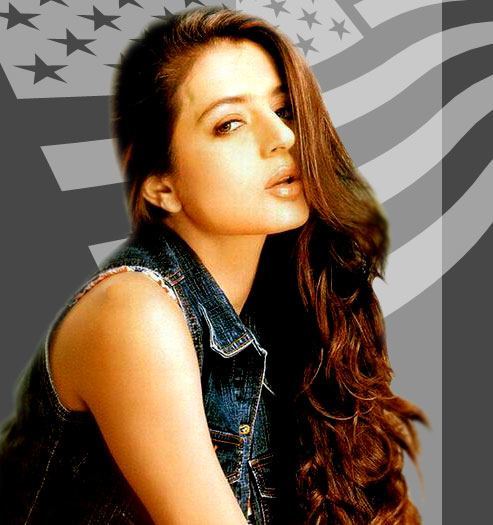 Introduction:
Indian movie actress Amisha Patel is the daughter of Amit Patel and Asha Patel. Making her acting debut in the blockbuster Kaho Naa… Pyaar Hai (2000), Amisha Patel won critical praise for her performance in Gadar: Ek Prem Katha which became one of the biggest hits in the history of Hindi cinema.

Subsequently she acted in a number of films most of which proved unsuccessful at the box office.Astrological Analysis:
Amisha was born on June 9, 1976 at 12:00 pm in Mumbai (India). She is having Leo Ascendant with 15:45:00 degrees. Moon is conjunct with Rahu in Swati constellation. Mars is in conjunction with Saturn in Cancer. Sun, Venus and Mercury are in Taurus whereas Jupiter and Ketu are in Aries. She is under the influence of Saturn-Saturn-Venus mahadasha,says Ganesha.Ganesha notes Kalasarpa Yoga in her horoscope. But strong aspect of Jupiter on Ascendant and Moon, calm down the malefic effects of the Kalasarpa Yoga.

Transit of Saturn from first house suggests that her career relates to a personal ambition to attain prominence and overcome problems regarding self-expression. Her goals include personal happiness, financial security, general well-being and personal fulfillments. Jupiter is transiting from the fifth house. There is a possibility of a warm and generous love-life involving with those of wealth or expansive temperament. She is likely to experience some success, happiness and gain through such love affairs after August 2008, notes Ganesha. But Ganesha does not like the transits of Mars and Ketu from twelfth house. Natal Mars and Saturn are also posited over here. Mars, being a Yogakaraka planet, energy levels can fluctuate from day-to-day, much depends on her emotional state of mind. Frequent periods of quiet and solitude are necessary in order to recharge her energies, says Ganesha.

She may feel good during the overall Saturn’s Dasha period. Considering Moon chart, Saturn becomes her Yogakaraka Planet. She should enhance Saturn’s energy to gain fruitful results. Ganesha advises her to offer some food and clothes to beggars on Saturday at Hanumanjee Temple.

What Next?
1)The overall year is looking good enough for achieving betterment in career.
2)She should be cautious about her financial matters due to the transit of Ketu from 12th house.
3)She may gain more fruitful results in her love life.
4)She has to work hard between September to November 2008.

Conclusion: Though Amisha has Kalasarpa Yoga in her horoscope she is likely to fulfill some of her ambitions and achieve some success in her personal and professional life. However, a great deal depends on the emotional level of her mind which may fluctuate quickly.