‘Welcome Back’: Ganesha predicts average business; feels that the movie may not emulate the prequel 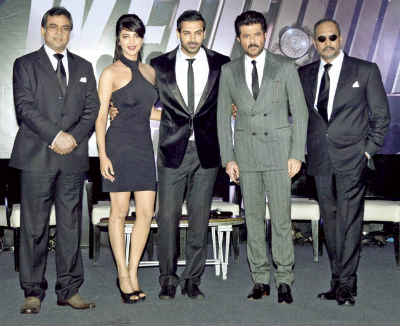 Majnu Bhai (Anil Kapoor), Uday Bhai (Nana Patekar), Dr. Ghunghroo (Paresh Rawal) and various others, including Akshay Kumar gave us a hilarious laugh-riot in Welcome, directed by Anees Bazmi. But now, Anees Bazmi under the banner of the Nadiadwala Grandson Entertainment, is back to tickle our funny bone, but with some changes in the cast. This time, instead of Akshay Kumar and Katrina Kaif as the leading pair, we will be getting to see John Abraham and Shruti Hassan as the love birds. There is already a lot of buzz in the air whether the sequel will be as big a hit as the first part. But, what do the stars foretell? Check out Ganesha’s exclusive predictions and astrological preview…

Considering all the points mentioned above, Ganesha feels that this movie will do average or at the most better than average business at the box office in India and overseas.