Trouble brewing in Brangelina’s paradise? Ganesha tells you why 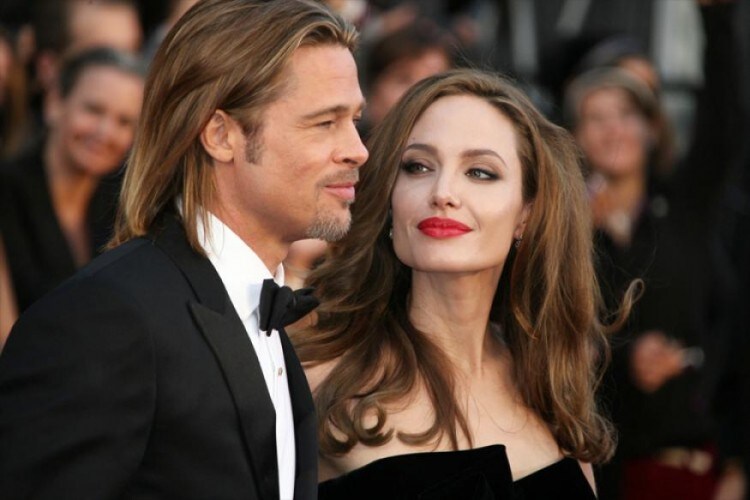 This is one spicy gossip Jennifer Aniston would chuckle at:after all the spotlight on the ‘oh-so-perfect’ golden couple of Angelina Jolie and Brad Pitt, it seems there’s trouble in Jen’s ex-hubby and his sexy partner’s paradise.

As reported by a US magazine, Brad and Ange, better known as Brangelina, had a heated altercation when the Lara Croft star walked into her twins’ room and caught Brad in bed, massaging the back of their kids’ nanny.

The actor flew into a rage at this provocative site and, before Brad could explain that he was actually comforting the ill nanny, Angelina reportedly slapped him across the face. A stunned Brad could only look while his partner shrieked at him. She then turned her ire at the nanny and immediately fired her from the job.

The alleged incident, which occurred two days after this year’s Oscars, seems to have created some tension between Hollywood’s most glamorous pair. Ganesha lays bare his astrological paraphernalia to predict whether the two will kiss and make up for the sake of their six children or decide to part ways.

Brad and Angelina – Opposites Attract
Angelina has Venus, the significator of love, in Cancer, while Brad has Venus in Capricorn. Both the signs are exactly opposite to each other. In Angelina’s chart, Lord of the 4th House, Venus, is placed in the Ascendant, which indicates that she wants to find domestic happiness. In Brad’s birth chart, however, Venus in Capricorn shows that this relationship is more of a requirement to him than one born out of true affection.

Venus in Capricorn opposing Angelina’s Venus implies that Brad will find it a little tough to handle an overtly sentimental Angelina.

In Brad Pitt’s birth chart, Venus rules the 7th House of life partner and related matters. Venus is retrograde in its own sign since the last week of January 2009; this points to Brad’s increased need for companionship.

Currently, Venus is retrograde in Pisces and will move direct in the third week of April 2009. Therefore, time till April’s third week is crucial for Brangelina’s relationship, says Ganesha. A retrograde Venus is to be blamed for igniting this current issue and Brad will have to try real hard to resolve it.

Retrogression indicates unconventionality; in other words, society finds it to be strange because, retrogression is planet’s apparent backward movement. This means that when seen from the geocentric point of view (from the earth), it seems as if the planet is moving backwards. Hence, not just Angelina, anyone would have found Brad’s act highly unconventional.

The Changeling star also has Ketu transiting over the Ascendant, which sometime leads one to be in a sacrificial situation. Thus, Angelina must be feeling that she has let go too much, compromising beyond limits. Being a Cancer Ascendant, she is also very sentimental – that explains why she seethed with anger when she caught her partner in a compromising position with the nanny.

In Angelina’s chart, Rahu (north node, a strong separative planet by nature) is passing through the 7th House. Again, Rahu is transiting over Brad’s Venus, which rules the 7th House of marriage in his chart. Considering these points, Ganesha feels the couple may face personal challenges till the last quarter of 2009. Till then, their relationship is threadbare, so they will have to be very cautious if they want to avert estrangement.

May Lord Ganesha give Brangelina all the strength to tackle difficult times.