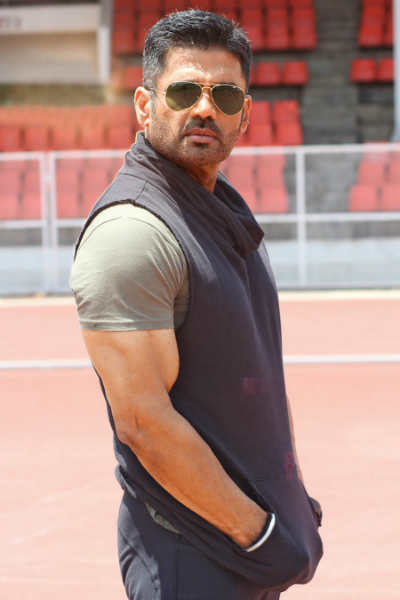 Suniel Shetty is one actor, whom we have enjoyed watching in different roles. From Dilwale to Border, Mohra to Hera Pheri, Refugee to Main Hoon Na and from Dhadkan to Shootout at Lokhandwala, the talented Suniel has proven that he can fit into any role convincingly, and that too with stlye. He has had enjoyed his share of fame and stardom. Now, he is a proud father, whose pretty daughter – Athiya Shetty made her film debut with the much hyped film – Hero in 2015. In the recent times, Shetty Bhai has tasted great success as a businessman and in comparison to that, the flourish that he has enjoyed as an actor has been very faint. What do the planets indicate about him? Find out…

[Owing to the unavailability of credible birth-time of Suniel, the analysis and predictions have been done on the basis of the Solar Chart/ Surya Kundli with the help of his birth-date and birth-place only.]

1) What would have been the planetary influences that are supporting ‘Suniel – the businessman’ more than ‘Suniel – the actor’?
Astrological Predictions:

2) What does the film space have in store for him? His upcoming next Phir Hera Pheri 3, was initially scheduled for release on December 18, but has got delayed. And, generally, how will the upcoming year be for him?
Important Astrological Observation: