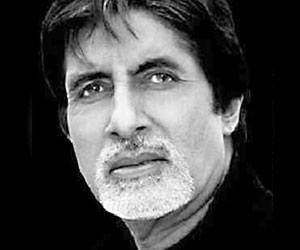 Unarguably the ‘Shahenshah’ of Bollywood, Amitabh Bachchan will be cutting his birthday cake on 11th October. 68 years of age and four decades in the film industry, the
Megastar is still going strong. As mentioned in an interview, he has no plans to retire, and wishes to continue acting till the age of 80. ‘The angry young man’ had the most glorious years in the industry during the 1970s & 80s. However, he went through a rough patch in
life during the 90s, when his career was on an all time low & his business doomed. But, he fought it out, and emerged a winner and how! He had the entire nation going gaga over his elegant persona when he made a comeback through the TV show Kaun Banega Crorepati.
Few years down the line, he is all set to host season 4 of the same show. Growing old with grace, with Jaya, Abhishek and Aishwarya, his strong pillars, always by his side, and supportive fans all over the globe, Amitabh seems to be a happy man!

Good health, wealth & happiness, is that what’s in store for him in the coming year, or it also has some surprises lined up? Ganesha finds out with the help of Vedic Astrology. 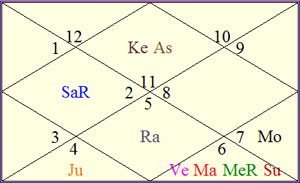