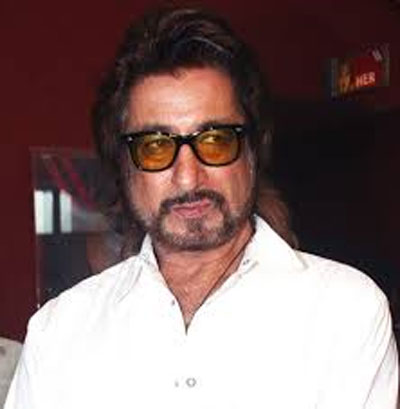 One of the leading supporting actors of his time, who often appeared in negative as well as comic roles, Shakti Kapoor is a well known Bollywood figure. Starting out pretty young as the evil, sometimes amusingly quirky, sidekick to the main villain of many a film plot, Kapoor ruled this genre, along with another biggie Kader Khan, through 80’s and 90’s, appearing in many blockbusters like Rocky, Qurbani, Himmatwala, Tohfa, Hero etc. Although, post late 90’s, he curtailed his negative appearances, Shakti Kapoor diversified his portfolio by appearing as negative characters with a comic touch or as an out and out comic sidekick to the main protagonist. Catching audiences’ eye as sleazy “Nanha Sa Bachcha” in Chalbaaz, as the inimitable “Crime master Gogo” in Andaaz Apna Apna and later as “Nandu – sabka bandhu” in superhit Raja Babu, Kapoor also has been a regular fixture in Priyadarshan movies like Hulchul, Chup Chup Ke, Malamaal Weekly among others. Kapoor’s daughter Shraddha Kapoor is a young, popular Bollywood actress now. In soon-to-be-released Kya Kool Hain Hum – 3, Shakti Kapoor appears in a movie after a considerable gap. Will audiences welcome him? Ganesha reveals…

[Owing to the unavailability of credible birth-time of the celebrity, the analysis and predictions have been done on the basis of the Solar Chart/ Surya Kundli, created basis his birth-date and birth-place only.]

Ganesha wishes a bright future ahead for Shakti Kapoor.