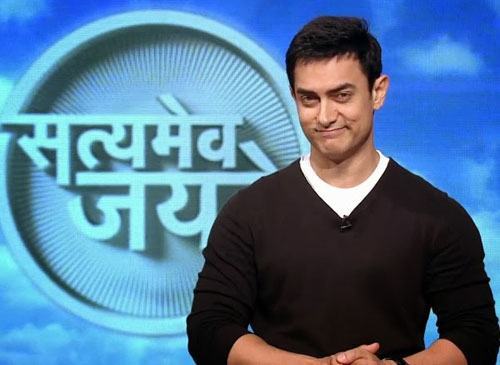 When the Indian television industry was mainly about fiction serials, competition-oriented reality shows, crime shows and Bollywood based shows, Aamir Khan – Mr. Perfectionist – debuted on television with one of the most unconventional reality shows – Satyamev Jayate. Aamir Khan discussed those issues that are prevalent in the Indian society but are never discussed on the television platform. Satyamev Jayate season 1 created a stir as it touched some of the most sensitive issues and demanded strong actions.

After a successful season 1, Satyamev Jayate is going to hit the small screen once again. This time the makers are even more careful about maintaining the secrecy of the show, so much so that they have reportedly reduced the strength of the crew drastically and have even made the audiences sign a non-disclosure agreement. Will the second season of Satyamev Jayate live upto people’s expectations? Ganesha finds out.

Season 2 of Satyamev Jayate will begin when Taurus Ascendant would be rising. Show is going to start on Pratipada Tithi, New Moon happens in Aquarius on 1st March 2014. In view of the same, Ganesha feels that Satyamev Jayate season 2 is going to become increasingly popular amongst intellectual people. The show will increase its reach through social media websites.

Since Mars and Jupiter are retrograde and Mars, Saturn, Rahu are in Libra, controversies will keep the show in news for sure. But since Sun is placed in the 10th House, popularity of the show will not be affected because of these controversies.

The impact of the show may be so strong that the government will have to take some firm decisions and ensure that those decisions are enforced. Some of the topics may also create political pressure, feels Ganesha. Venus and Saturn exchange shall prove very favourable for the popularity of the show.

All in all, Satyamev Jayate season 2 is going to be very impressive and will also become very popular.

Are you facing difficulties in your personal life? Avail Personal Ask 3 Questions to find the much-needed solutions.