Salman will need to take care of his health in 2015, says Ganesha. 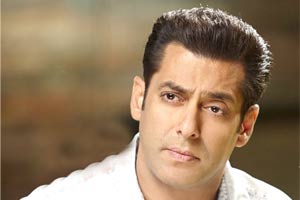 The super popular, macho Bollywood star with dreamy eyes and a face and physique to die for, Salman Khan, who refuses to get old, encountered huge success with his first lead role in the 1990 Hindi feature film Maine Pyaar Kiya. His portrayal of a young passionate romantic lover stole the hearts of many. Since then there has been no looking back for the romantic hero, and as of today, he is among the most successful Bollywood actors who give one after another box office hit films.

Salman was involved in controversies, including the black-buck hunting scandal – for which he was charged under the Wildlife Protection Act, and an unfortunate hit and run incident. He is also known for his tumultuous personal and love life, yet the Bollywood fans, especially women refuse to get tired of his lovely personality.

Salman Khan, among industry insiders and the ones who have been in touch with him, is also known well for his golden heart. He is involved with many charities, and is known to reach out to people in need, thus, proving that above all he gives priority to humanity. He is also known to have mentored many a Bollywood aspirant and stars, including Hrithik Roshan, in body and personality building.

On 27th December 2014, Salman Khan celebrates his 49th birthday, and we heartily wish that he does soon stumble upon the love of his life and ties the sacred nuptial knot.

Analysis of Salman Khan’s Kundli to tell why hasn’t he gotten married yet, and why has he failed in love so many times.

Neptune – a planet of very long cycle is in the 7th house of his chart, this is one of the major reasons behind the delay in marriage.

When will he get married?

What kind of spouse is he expected to get?

His spouse will be from a good family or she herself will be a reputed person. She will be quite sincere in love and will be wealthy too.