Due to the planets being in a ‘Golmaal’ mode, it’s better Rohit takes things easy till August ‘ 16.. 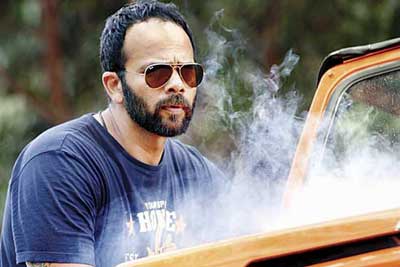 Born to a movie fight master father and a Bollywood artist mother, it seems that Rohit Shetty was destined to have great interest in films and eventually make it big! The gutsy director, who has a penchant for blowing up cars on the big screen, is known for mass entertainer movies like the Golmaal Series, All The Best and Chennai Express. His last directorial venture – Dilwale, which brought on-screen Bollywood’s most charismatic pair – Shah Rukh Khan and Kajol, didn’t perform as well he would have expected. In this article, let’s find out what the planets indicate about his future path with the help of the stars….

Career as Director to be under the clouds?

Saturn’s Sade Sati – Rohit also to face the wrath of the Cosmic Taskmaster?