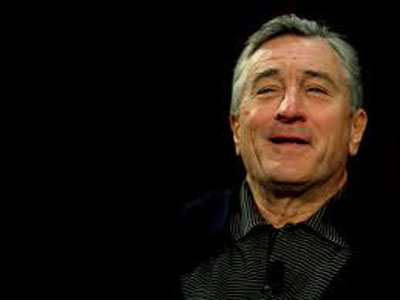 The great Hollywood actor and icon Robert De Niro may not have had a great beginning to his acting career, as he waited for 5 years for his first film to release in the year 1969, but he certainly had a dream run, once he finally got down to show his works to the world. The multiple Academy Awards winning actor, Niro gained momentum, once he was superbly received by the audiences and critics alike in his 1974 film The Godfather II, where he played the iconic role of Vito Corleone, which won his the Academy Award for the Best Supporting Actor. Around the same time, Niro also began his long work relationship with the famous director Martin Scorsese with the film Mean Streets. The hugely successful and respected Niro earned his Academy Award as the Best Actor for his role in Scorsese’s film Raging Bull. Robert DeNiro continued to rule the box office and the audiences’ minds in the decades to come, as he appeared in over 90 films. In early 90’s he also turned to direction with his film A Bronx Tale. He also produced, directed and acted in the 2006 film The Good Shepherd. Over the years, his notable films include The Deer Hunter, Midnight Run, Brazil, Meet the Parents, Once upon a time in America, Heat, Men of Honour, Limitless, and quite recently The Silver Linings Playbook, for which he received an Academy Nomination. The amazing actor turns a year older on August 17th, and Ganesha takes this as an opportunity to look at his Natal Horoscope to analyse what gives this man such awe-inspiring ability. Read on. 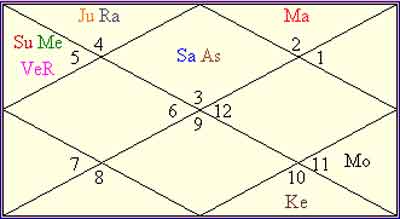 Ganesha wishes a great time ahead to Robert Di Niro and wishes him a very Happy 72nd Birthday.