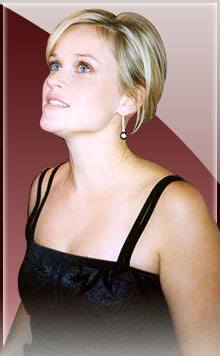 Remember the movie 'Man in the Moon', a moving love story released back in 1991? The lead character was played by Reese Witherspoon, who is now a top earning Hollywood actress, demanding 15 to 20 million dollars per movie. Of course, biggies like Cameron Diaz, Nicole Kidman, Renee Zellweger, Halle Berry and Julia Roberts are also in the top ten list but Reese Witherspoon is the topmost.
Ganesha analyses her horoscope with the help of Western Astrology. (Please note that the entire analysis is based on Western Tropical Astrology and not Indian Sidereal Method) Reese Witherspoon Date of birth 22nd March 1976 Time of birth Unknown Place of birth New Orleans (LA) (USA) Reese Witherspoon's Surya Kundli as per Western Astrology Method

Natal Promise in Reese Witherspoon's chart Reese's birth time is unavailable, hence Ganesha takes the help of Western Surya Kundli to explain the Natal promise found in her chart. Ganesha observes that Venus is the ruler of the second house of Universal Zodiac, hence the ruler of finances too is in Pisces - it's a sign of exaltation in her Natal chart. Venus is creating Neech Bhanga Raj Yoga with Mercury, if Vedic Astrology Principles are applied to this chart. Venus' exaltation has played a major role here. Even as per Surya Kundli, it rules the second house of finance in her Natal chart. Exalted Sun gives her fame and Venus is powerful due to exaltation, so this beautiful lady is earning so much fame in the entertainment industry.

A light on past events
Her Movie 'Man in the Moon' was released on October 4, 1991. Ganesha observes that transiting Jupiter was passing through Virgo aspecting her Natal Venus. In 2001, when her movie 'Legally Blonde' was released, Jupiter was retrograde in Cancer passing over her Natal Mars and Saturn was in Trine aspect with her Venus. So during retrospection, it seems that Jupiter's transit plays a major role in her chart, specifically because it is Lord of the sign in which Venus is posited.

What helped Reese top this list?
As per her Surya Kundli, transiting Jupiter is at present passing through Capricorn - the tenth house of Surya Kundli. In 2007, Jupiter had just transited over her Natal Moon, which prepared the ground for her next move in life and when Jupiter entered the midheaven of Surya Kundli, she topped the chart.

Considering all these points, Ganesha feels that 2010 and 2011 will be Reese's best time on the career front. In the same year transiting Saturn in Libra will aspect her Natal Sun and Jupiter. This combined force of Jupiter and Saturn's transit will bring some sort of transformation in her life.

She has recently broken her marriage with actor Ryan Phillippe on June 12,2008. She will have Venus return in the first quarter of 2009. During this period, we may hear some news about her love life. However, she may be able to establish a stable and satisfactory relationship again in 2010 only, with the blessings of Jupiter's favourable transit, feels Ganesha.

Ganesha's best wishes to Reese Witherspoon for her career progress and stability on the personal front.