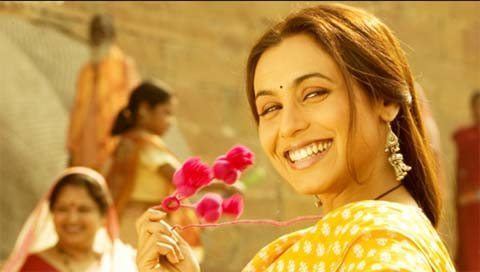 The queen of hearts Rani Mukherjee is in news once again for her supposed affair and now marriage to the famous director Aditya Chopra. A leading news channel has announced that they are going to tie the knot on Feb 10 next year and the venue for this great wedding has also been decided as Umaid Palace Hotel of Rajasthan, where the wedding of the year between Arun Nayar and Liz Hurley took place. Ganesha had earlier examined their horoscopes and came to the conclusion that each one of them will have to make many adjustments in order to lead a happy married life. Now when the dates for the D-Day have been officially announced, Ganesha once again throws light on their life after marriage.

Ganesha notes that for next year, transiting Jupiter will be passing through 6th house and will aspect the 7th Lord Saturn which is situated in the 2nd house. This means that from the marriage prospect, 2008 would be much favourable for her. Whereas the scriptwriter and producer of the Bollywood-Aditya Chopra was born on 21 May 1978 with Pisces Moon sign. Both moons are in watery sign. Both have a good potential to be able to get in touch with the feelings and moods of each other. Ganesha feels that for next year, transiting Jupiter- the significator of marriage will pass through 10th house from the Moon and will aspect the 7th Lord Mercury that indicates that marriage will take place in next year. The ratio of Venus, the significator of romance in life, is 2:12 indicating that the romantic relations will be average.

Considering both the planetary relations, Ganesha feels that there is more or less average matching. However, their married life might be long lasting. In Rani’s birth chart, 7th house of marriage is being aspected by favourable Moon. This is a positive indication of marital happiness for her. All in all, Ganesha feels that the couple will lead a happy married life without much of a hassle. However, some frictions might arise but they are only a part and parcel of the institution called marriage.

Ganesha wishes the couple peace and harmony in married life.