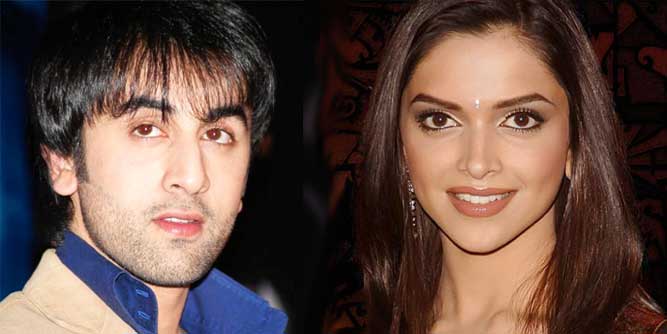 One of the most talked about Bollywood couple, Ranbir-Deepika are reportedly heading towards splitsville. Read more to find out Aries Love Compatibility and its most compatible and least compatible zodiac signs.

Compatibility of Birth number
Ranbir's Birth number is 1, which suggests that he is an original thinker. He lives on the mental plane and is not interested in doing physical labor. But, he prefers to handle things in his own way. Deepika's birth number is 5, which reflects that she is not the initiator, yet the quickness of her mind and versatility gives her the capability of doing anything successfully. She can be very versatile and outgoing. Moreover, she does not like dullness and a long time bondage of any kind.

The combination of 1 and 5 are sometimes positive, as the leadership of 1 may combine with the constructive freedom of number 5. However, sometimes it may become very complex, as the  selfishness of number 1 may conflict with the versatility of number 5.

Compatibility of Life path number
Both of them have 3 as their life path numbers, which is ruled by Jupiter. So, both of them are talented, versatile, lively, but restless. In private life, both of them being passionate and impulsive, enjoy conjugal bliss but they are proud and do not like to be obligated to others. They have a strong love for personal freedom, so much so that any joint venture appears as a limitation, and is likely to be unsuccessful. Ranbir being 3 life path number man will achieve a lot through his talent, while Deepika being 3 Life path number woman is very charming, clever and lucky, but their headstrong actions will not let them live together.

Ranbir's heart number is 8 so he loves power, position and wealth. With executive ability and business-like approach he is capable of big accomplishments. But he can be too exacting, dominating and stubborn. He may be negligent towards his romantic and loving nature for the sake of materialism and he would like his mate to be capable, ambitious and free of weakness like himself.

Deepika's heart number is 4 so she desires to be result oriented and practical in everything. No doubt she is responsible and reliable. But she looks for stability and security in life rather than romanticism and would like her partner to share responsibilities.

The combination of heart number 4 and 8 is negative as the practicality of 4 combined with materialism of 8 produces ego-centric nature and rigidness.

Compatibility of Name number
Ranbir's Name number comes to 4 so he is destined to take the responsibilities and others will rely on him for help and support. Construction, organization and management may keep him occupied for the rest of his life and many a time the problems from loved ones and certain restrictions in her life may irritate him.

Deepika's name number is 1 so she is destined to be a leader in her area of work. If she can avoid the negative aspects of the number 1 like egotism and selfishness, then others will look upon her for guidance and direction. She is born to become an outstanding person in her life.

The name numbers 1 and 4 go well with each other. It's a positive combination, as the leadership of 1 combines well with the practicality of the number 4.

In Ranbir Kapoor's name 'r' of the first name and 'r' of the second name is operating currently. So, he is under the influence of the event number 4. He will be constructive, systematic, practical and down to earth in his approach. But, because of the lack of imagination and fixed ideas, he may appear a bit stubborn and unworkable to others, which might affect his relationship adversely.

In Deepika Padukone's name 'I' of the first name and 'O' of the second name are operating. She is under the influence of the event number 8. So, she is working for a cause and materializing ambition through good organizational abilities.

Ranbir is under the 1st Pinnacle, and the number in the influence is 1. So, he will picture his individuality and will try to stand on his own feet without showing resentment and egotism.

Deepika is also under the first pinnacle, and the number in the influence is 6. So, love affairs, care for the family and some business matters will primarily be of concern during this progressive period.

Indeed, due to pretty average compatibility, the most talked Bollywood couple may not be able to maintain good rapport and the relationship may not survive for long.