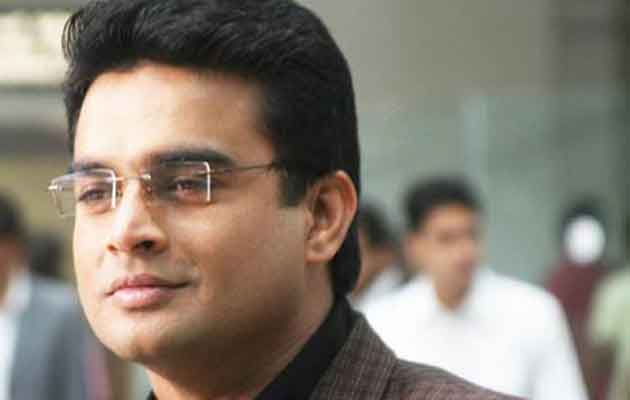 Bollywood, the territory of the six packs, fair and lovely models and filmy betas-betis is not easy to conquer today, but few have it in them to break the mould, and R Madhavan, despite appearing in few and far-spaced movies is one of them. Actor, producer, writer and TV host, Tamil-speaking, Madhavan made his Hindi glam world debut with television appearances, but went on to star in popular Hindi films like Rehna hai tere dil mein, 3 Idiots and Tanu weds Manu.

His super-hit film Tanu weds Manu’s sequel Tanu weds Manu Returns, in which he returns to Hindi screen after a sizable gap of over 4 years, is already making waves, and is being touted as the year 2015’s biggest hit and best film so far. In the role of middle aged Manu Sharma, silently suffering in love, R Madhavan has caught the eye and hearts of many. Amidst Kangana’s vibrance in yet another author backed role and other theatre and film veterans’ power packed performances in the film, Madhvan’s quiet and broody character, surprisingly, stands out, watching on the sidelines, as the rest of the characters take the centre-stage and take decisions about his (Manu’s) life.

On 1st June 2015, the Gemini gentleman turns 45. Will we keep seeing him on screen regularly now? Ganesha takes a look at R Madhavan’s Solar Horoscope to predict the way ahead for him.

As the birth time of celebrity is not available, the details are based on the Solar Horoscope (Surya Kundali), created with the help of the person’s birth date and place only.

Astrological Observations
(transits with reference to the Natal planets)

Astrological Predictions
How will the year be for R Madhavan?

Ganesha wishes a happy birthday and a great year ahead to R. Madhavan.