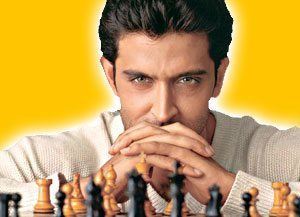 The heartthrob of bollywood with the Greek God looks, a star adored by adults and kids likewise, a trained dancer with equally good acting skills- Hrithik Roshan is all set to blow his 37th birthday candles on 10th January. His highly awaited films in 2010, Kites and Guzaarish, did bomb at the box office, but, putting behind the debacle, bollywood’s blue eyed boy has moved on and has his eyes set on his forthcoming films- Krrish 2, Zindagi Mile Na Dobara, and
Paani in 2011.The film industry was being ruled by the Khans till Hrithik Roshan dared to compete with them in the year 2000 with his first film Kaho na pyaar hai, and indeed made them feel insecure. It was a fresh change for the entire nation, and Hrithik or Duggu, as he is fondly called, with his extraordinary acting and dancing skills made the audience go gaga over him.

The journey has not been all hunky-dory for the hard-working Hrithik, as he has had his share of flops and controversies, his link-up with Mexican co-actress Barbara Mori to mention the latest. Will his kites soar the skies in the coming year? Or will he have to make a Guzaarish to Ganesha for success in 2011? Ganesha finds out with the help of Vedic astrology. 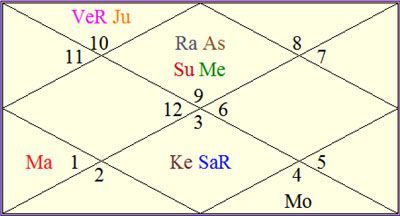 Good luck and may Lord Ganesha bless Hrithik with a great year ahead.