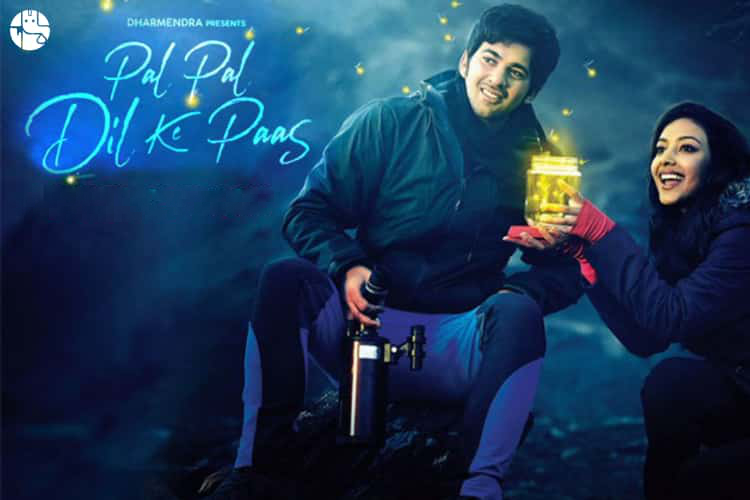 As you all might be aware, the romantic drama Pal Pal Dil Ke Paas directed by Sunny Paaji and produced by Sunny Sounds Pvt Ltd and Zee Studios has already been released on Sept. 20, 2019.

This is the debut movie of Karan Deol, son of Sunny Deol whereas Sahher Bambba plays alongside Karan as lead actress. It is said that over 400 girls were auditioned for Saher’s role.

Viewers would get to see the beauty of Himachal Pradesh (captured amazingly by cinematographers Himman Dhameja and Ragul Dharuman) with an emerging love spark between the lead pair.

The movie portrays a love story between Saher Sethi (Sahher Bambba), a video blogger who sets her feet on a trek, and Karan Sehgal (Karan Deol), who runs a popular trekking company in Manali. Let’s have a look at the astrological review on how the movie will perform.

The movie Pal Pal Dil Ke Paas is released during the Libra Ascendant. The lord of Ascendant Venus is debilitated in twelfth house along with Sun-Mercury. The Moon, which is the lord of the tenth house of Business is exalted but afflicted in eighth house.

To add further, the Malefic Rahu is present in the ninth house of fortune which shows the entire crew team might have taken lot of efforts about the subject while making the film. The slow-moving planet Saturn is placed in the third house of enterprise and aspecting the natal Sun-Mercury-Venus.

The above planetary influences show that the movie may not do well on the Box office and thus may fail to be a commercially successful film. Ganesha feels that it may give unsatisfactory results outside of India. It may do average in some states of India.

Know How the star cast will perform

As far as the performance of the actors is concerned, this movie will receive better compliments and praises from the film critics and other evaluation agencies. Major artist performances will receive moderate acknowledgement and mixed reaction.
At the same time, the crew and cast of this movie will be under a lot of stress. They will have to work very hard on the financial and professional fronts. They will have to make efforts to ensure that the movie does well. That is about how well the artists, film-makers perform.

Considering the effect of transiting planets, Ganesha feels that the initial period may be slightly challenging for this film. And overall this period may provide mixed results regarding the film’s success. Hence, we cannot expect this movie to create any new records at the box office.

Besides; Jupiter and Moon are in opposition which indicates it will earn money, but we cannot expect high returns as it shall not be a box-office blockbuster. Moreover; Lord of ninth house of fortune, Mercury is posited in house of expenses, which is less favourable. Earning money is important for movies. So, it is for individuals.

Get remedial solutions to issues in business-career, finance, relationships and so on.

Tackling all the complexities of life, the movie shows how love makes both ends meet after so much drama. The music of the movie is melodious and it is visible that Sunny Deol wanted to create an innocent and pure love story.

To Get Personalized Solution, Talk To Our Astrologers!
With Ganesha’s Grace,
The GaneshaSpeaks Team