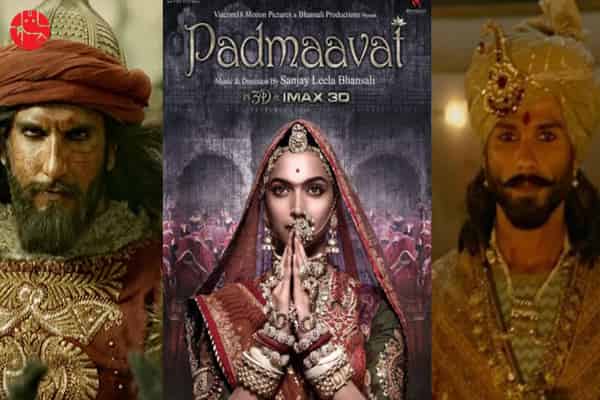 With innumerable cuts and controversies (one popular joke doing the rounds is that Padmaavat has got so many cuts that it is now reduced to a GIF), Padmaavat is now slated to release on January 25. Padmaavat is a period film set in Rajasthan with the story revolving around its main character Queen Padmawati (though the ‘i’ from the film has now been removed by the Censor Board, among several other cuts), and is directed by Sanjay Leela Bhansali. Padmaavat is a period film that plots the story of Alauddin Khilji (Ranveer Singh) led Sultanate’s siege on the fort of Chittorgarh ruled by King Maha Rana Rawal Singh (Shahid Kapoor) for the honour of his queen – Rani Padmawati (Deepika Padukone). Rajputs in Rajasthan and the northern Indian belt have raised objections to the manner in which the role of Queen Padmaavati has been portrayed for glorifying the practice of Sati. Some have gone to the extent of saying the the film shows the Queen having an affair with Khilji. Although the Supreme Court has cleared the release of the film after the Censor Board cleared it with appropriate cuts, Padmaavat’s problems are not over. Rajputs in northern India are still threatening to vandalize theaters which screen Padmaavat. Ganesha has probed the charts of the film and analysed its expected performance. Read on to find out.

Are you facing stress and struggles in your career? Let’s find out when you will get relief.

It is observed that Chaldean numerology calculation for Padmaavat falls on number 2. This number represents planet Moon. As the transiting Moon will be in Aries sign on the releasing date, it is felt that this film will not be received well in many parts of India. As the planet Moon represents mental and emotional quotient, the film will have high level of social, cultural and emotional sequences.

How Will Padmaavat Perform At The Box-Office?

One feels Padmaavat is likely to do above average business at box office within the Indian territory. But chances of gaining huge business through overseas collections are also expected.

Have you been facing financial problems? Click here to know when you will get better earning opportunities.

Will The Film Face More Controversies?

As stated, the constellation lord of Moon (owner of number 2) is afflicted by malefic Ketu. Hence, this shows high intensity of facing resistance or objection from some Rajput communities for Padmaavat.

It is felt the overall entertainment expectations of fans will be satisfied in Padmaavat. Plus, lead cast of the film will also get huge response from their fans. Ganesha wishes good luck and a bright future ahead to the casts and producers of Padmaavat.

You May Also Like;
1). Namaste England Box Office Prediction and Movie Review