‘Nannaku Prematho’ is destined to fare well at the Box-Office, so NTR Jr. should not worry much! 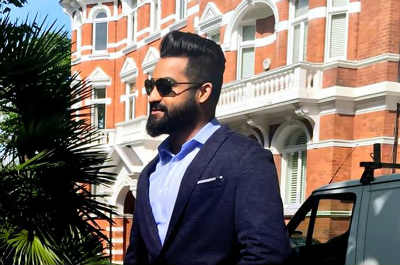 NTR Jr. is basically an artist at heart and he is sure to rise to greater heights! Jupiter’s current transit shall make him think big!

Nandamuri Taraka Rama Rao Jr., widely known as JR. NTR is one of the most prominent names in the South-Indian Film Industry. The grandson of the phenomenal stalwart of South India – NT Rama Rao, NTR Jr. has always enjoyed great popularity. His affair with films began at a very young age and he even starred as a child artist in the Ramayanam, which won the National Award for the Best Children’s Film for that year! He is famous for the films such as Aadi, Simhadri, Brindavanam and Temper. NTR Jr. enjoys great attention and popularity even off-screen too, and he is the brand ambassador for several brands such as Malabar Gold and various other products. Being a typical Leo by Moon Sign, NTR Jr. has versatile interests and has been an active member of the Telugu Desam Party, which was founded by his paternal grandfather. Being a descendant of an illustrious lineage, he is the nephew of actor and politician Nandamuri Balakrishna and the current Chief Minister of Andhra Pradesh, N. Chandrababu Naidu and is also the cousin of actor Taraka Ratna and politician Nara Lokesh.

How will he fare in films in the coming months? Are some wonderful projects in store for him? Let’s find out with the help of the stars…