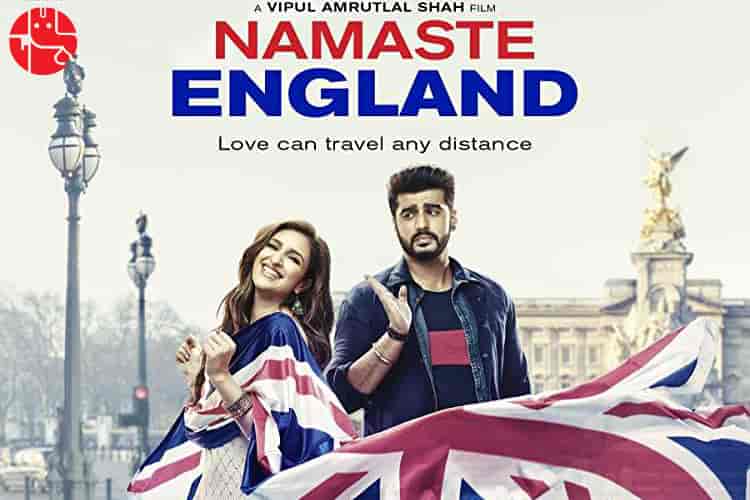 I guess we have all seen the promo of the movie “Namaste England” and both Arjun Kapoor and Parineeti Chopra look amazing! “Namaste England” is the sequel to the movie “Namaste London” which was also directed and produced by Vipul Amrutlal Shah. With Arjun Kapoor, Parineeti Chopra and Aditya Seal in the lead, this movie looks interesting! The story revolves around a married couple (Arjun Kapoor & Parineeti Chopra). Parineeti’s character is seen as an ambitious woman who decides to pursue her dreams and move to London leaving her husband (Arjun Kapoor) behind. He eventually follows her to London. Interestingly, this movie was shot in 75 different locations right from Punjab to Paris and also in England.

This romantic comedy is set to release on the 19th of October 2018. The movie has a lot of expectations since Namaste London was well received when it hit the theatres. One good sign is that the music has been garnering a lot of praises. People are going gaga over the tunes of “Proper Patola” which has been composed by Badshah and sung by Diljit Dosanjh and Aastha Gill. Adding another feather to this cap is Mr Javed Akhtar who has penned the majority of the songs! Are you concerned about your career? Buy the Career Ask A Question Report.

Namaste England fell into a controversy while it was being promoted. One of the posters of the film had an Indian Map in the background with the Aksar Chin region of Jammu & Kashmir missing.

As per the chart formed on the basis of the release date and the release time (9:00 am), the movie Namaste England will be released during the Scorpio Ascendant with the presence of the Natal Jupiter in the first house. The Sun, which is the lord of the 10th house of Business is afflicted in the 12th house. To add further, the Malefic Rahu is present in the 9th house of fortune and the slow-moving planet Saturn is placed in the 2nd house of income.

Namaste England May Not Be A Hit, Commercially

This movie may not do well on the Bollywood charts and thus will fail to be a commercially successful film. Ganesha feels that it may give unsatisfactory results outside of India. It may do average in some states of India. Even though there are a lot of expectations from the movie, it may not be a commercial hit.

But It’s Music Will Attract Youngsters

However, Namaste England will make money given the music and by selling the satellite rights. This movie may especially do great in terms of its music because the Natal Venus is in its own sign and is also retrograde. Which means that the film will create a mass appeal in terms of the songs and the music composition. The movie will also attract a lot of youngsters given that the Atmakaraka planet is the Moon here.

Furthermore, Jupiter, lord of the 5th house is placed in the 1st house which signifies that the lead characters will perform well in the movie and will also give their best to satisfy their fans and followers. Alas! We all loved the bubbling chemistry between Arjun Kapoor and Parineeti Chopra in the movie Ishaqzaaze and hope this movie does well too. We also hope Namaste England surpasses the success of Namaste London.