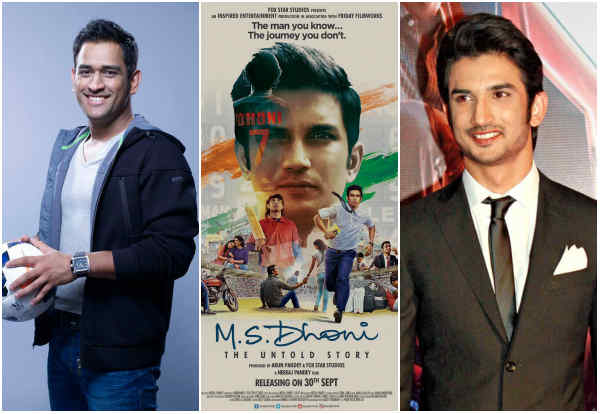 “When I Die, The Last Thing I Would Want To See Is The Six That Dhoni Hit In The 2011 World Cup Final.”

– Said Sunil Gavaskar – one of the greatest cricketing heavyweights ever produced by India, about MS Dhoni. These words have great depth, and reflect the genius of the cricketer who hails from the steel hub of India – Jharkhand. Mahendra Singh Dhoni is arguably one of the most charismatic cricketers and captains of the Indian Cricket Team. So amazing is the popularity of this cricketer with the trademark stoic composure is, that now the world will be watching a film based on the real life incidents of the man himself. The movie which is directed by Neeraj Pandey, will be starring Sushant Singh Rajput in the lead role, with Kiara Advani portraying the role of Dhoni’s better half – Sakshi. In this article, we present to you the exclusive astrological forecast of the much anticipated film.

The Astro View:
– Ganesha notes that M.S. Dhoni: The Untold Story’, will be releasing in Libra Ascendant, with the placement of Venus therein.
– Saturn will be placed in the 2nd House of finances.
– The conjunction of Moon and Jupiter would be creating the Gaja Kesari Yoga, but, in the 12th House.
– Mercury and Rahu will be in the 11th House.
– Ketu will be positioned in the 5th House of performance.

Will the movie enjoy an innings like that of Dhoni’s 183 not out at the Box-Office?
Considering the above mentioned planetary configurations, Ganesha feels that the movie will enjoy a wonderful opening. Venus placed in the Ascendant, that too in its own Sign will attract a lot of people to the movie houses and will ensure good success. The other strong factors such as the Gaja Kesari Yoga and the strong placement of Mars in the 3rd House indicates that the movie will receive a good response from the masses.

Critical Acclaim or Commercial Success or Both?
Ganesha feels that the film will garner good response from the critics and many aspects of the Neeraj Pandey directorial will be lauded. Even considerable commercial success is indicated and the movie may enter the 100 Crore club, like the ball from Dhoni’s bat sails over the ropes!

Chances of controversies?
There are chances of some controversy or information related problems. Moreover, the dialogues department may lack the required punch, feels Ganesha.

Also Read: Ranbir May Wake Up To Enjoy Many ‘Barfis’ And May Re-Emerge As The ‘Rockstar’ In The Upcoming Year!

Performance beyond the boundaries – Overseas Fortunes:
Ganesha says that the film will do better than expected abroad and may earn very well. Faster and higher popularity is foreseen abroad.

The casting director of this film may be lauded for the right selection of actors for the different roles. But, comparatively, the narration of the events in the life of Mahendra Singh Dhoni in the film will be more effective.

Want to know what your real strenghts and talents are? Are you curious to know what the planets indicate about your personality? Then, explore yourself with our personalised report – Your Astrology Profile!