Ranbir May Wake Up To Enjoy Many ‘Barfis’ And May Re-Emerge As The ‘Rockstar’ In The Upcoming Year! 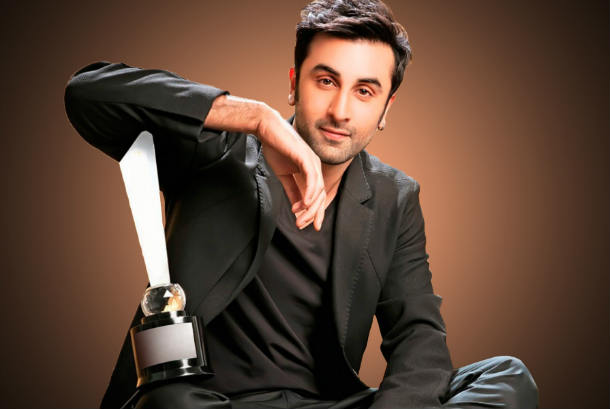 “If you can’t fly then run,
if you can’t walk then crawl,
but whatever you do,
you have to keep moving forward.”

– Said Martin Luther King Jr., and a similar dialogue was delivered by Ranbir in the much popular film – Yeh Jawaani Hai Deewani. The Kapoor Jr. literally ran and this golden run produced solid performances in the films like Wake Up Sid, Rockstar and Barfi amongst others. With each such wonderful performance, his popularity swelled, and it swelled like an ocean, making Ranbir the star of the nation and the biggest heartthrob of almost every girl. But, like they say, nothing is permanent in this world; the apple-cart almost turned upside down, making Ranbir virtually ‘crawl’, and then films like Besharam and Bombay Velvet happened. People were unable to comprehend what had gotten better of their favourite star, who was being touted as the next big ruler of Bollywood. Whatever the situations may have been, one thing remains – Ranbir is here to stay! His extremely charming personality, versatile genius, fine acting sensibilities and the real star appeal set him apart from the ordinary. Many are anticipating a rock-solid comeback by Kapoor with the much-awaited film – Ae Dil Hai Mushkil – the ambitious project of Karan Johar, which will also star Aishwarya Rai Bachchan, Anushka Sharma and Fawad Khan. We wish Ranbir Kapoor a wonderful year ahead and on the eve of his birthday, prod Ganesha to predict his path ahead.

Will Ranbir’s upcoming next – ‘Ae Dil Hai Mushkil’ give him the much required boost in his career?
“Failure is the opportunity to
begin again more intelligently.”
– These golden words by Henry Ford seem very appropriate in Ranbir’s case, as it seems that he has selected a magnificent film, which most are placing their bet on to bring back the real Ranbir! RK is surely a tough cookie and knows well how the things in the film world work.

Ganesha notes that on the release day of Ae Dil Hai Mushkil, Venus – the significator of arts and entertainment will be transiting over Ranbir’s natal Mars. Moon and Jupiter will be transiting over the Stellium of planets that he has in Virgo Sign. The transit of all the benefic planets over the planets in Ranbir’s Horoscope indicates a very bright picture and thus it is likely that the film will do very well at the Box Office. It will give a tremendous boost to the actor’s popularity and his career may witness an upward graph. A lot of accolades and appreciation may pour in for the actor’s performance in the Karan Johar direcorial. Ranbir will indeed be able to move forward, as the planets seem to be aligned in his favour in the entire year ahead, feels Ganesha.

The break up with Katrina Kaif has been in the news. What’s packed up for him in the personal sphere?

… they say, but they didn’t tell us that relationships even end unexpectedly!

Ranbir is known for his enviable loverboy image and killer charm. So far, he has been playful and frivolous, making us believe that he can charm any woman on the planet with great elan. But, he has indeed been like that and has dated some of the most gorgeous women. However, the past few months haven’t been the brightest for RK and the much talked about relationship with Katrina came to an abrupt end. Things may not be the same again, says Ganesha, as the planets indicate that he may adopt a more serious approach towards relationships. In the upcoming year, Ranbir may get into a relationship only with due forethought and marriage will be an option that he may seriously consider. Nevertheless, it is to be kept in mind that, as Venus is in conjunction with Saturn in his Chart, marriage may take some more time.

A bird’s eye view of Ranbir’s year ahead:
“He who is not courageous enough to take risks

will not be able to accomplish anything in life”

Ganesha feels that the period till September next year is going to be vital for his career progress. He will be able to perform well and may also be nominated for some award or may even literally win an award. He will become more selective while choosing roles and his performances are likely to be more refined during the year ahead. His thinking process will become deeper and he will focus more on the nuances, rather than the gloss of the surface. He will be able to justify the roles assigned to him.

From January 2017, he may give more importance to his personal life, feels Ganesha and will try to prioritise things in a better manner.

Do you share your birthday with Ranbir? Or, is your birthday fast approaching? Then, find out how your ahead will be with the help of the personalised Your Birthday Report!