Will much anticipated marriage between Ranbir and Katrina be a success? 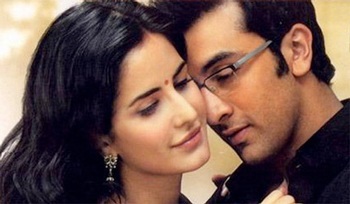 The charismatic son of the yesteryears’ Bollywood actors Rishi Kapoor and Neetu Singh and the scion of the famous Kapoor Khandaan, Ranbir Kapoor doesn’t need much of an introduction today, all thanks to the illustrious line of work he has done in less than a decade of his presence in the Hindi film industry. Winner of numerous awards and loads of critical acclaim, Ranbir aka Rockstar/ Barfi Kapoor has been in news almost always ever since his towel wrapped debut in Sanjay Leela Bhansali’s film Saawariya. Be it his looks, his boyish charm or his restrained performances in films like Wake Up Sidd, Barfi, Rocket Singh – Salesman of the Year amongst others or his lady loves, Rabir has hit the headlines, whenever he has wanted, especially when he started dating the ever-gorgeous Katrina Kaif.

A British-Indian model turned film actress, Kaif rose notably in Bollywood after her films like Maine Pyaar Kyun Kiya? and Namastey London allured the masses and her connection with Salman Khan intrigued all and sundry. However, after the duo broke up, following a very public showdown, the news of Ranbir and Katrina, who first appeared together in Rajneeti started doing rounds. The couple denied, then kept mum, and finally accepted that they were together.

Now, the grapevine is rife with the news of Ranbir-Katrina Kaif being set to tie the knot in November 2014. Will they? Won’t they? What better occasion to speculate on this than the lovely bride to-be’s birthday! On July 16th, the ravishing Katrina turns a year older.

Let’s find what the planets and stars have to say on one of the most talked about and anticipated weddings in Bollywood. Here, Ganesha consults the individual horoscopes for marriage prediction of the lovely couple to answer a few questions-

They seem to be much in love, but each has a past – a very public past – Will this affect their relationship – after marriage or now?

Past isn’t going to haunt them much or affect their relationship adversely, because there are no major ‘planetary returns’ happening in their Chart, notes Ganesha. Even if something surfaces, it will just be for a little while, and shall not affect any of these two people’s lives or their relationship together. When will i get married astrology? Get answers to your questions astrologically.

What lies ahead for this relationship – in general?
Considering the inter-planetary aspects between the two Horoscopes, Ganesha feels that the relationship is going to be a bit challenging for both of the lovely people involved, after it culminates into marriage. Even if the conflict of interests is not there, it will be difficult for these two to understand each other’s needs in love, for the following reasons –

If Ranbir-Katrina get married – Will this be a successful union?
The planetary picture shows that Ranbir-Katrina union may only be partly successful. After they tie the nuptial note, they may realise that their expectations in love are little different from each other’s. Thus, this union does have potential to get converted into a ‘stressful’ union, especially, if both the people involved find themselves unable to handle it properly. Overall, as in any marriage, in this one too, both the partners will have work on their shortcomings to make it successful.

Something on their individual Natal Charts and careers – in the coming year and after the marriage, if and when it materialises.
Considering the planetary transits in both the Surya Kundalis, Ganesha feels that both Katrina’s and Ranbir’s careers don’t look set to be affected much after their marriage. In any Horoscope, Venus rules arts/performing arts and the related matters. Katrina, thus, may experience a relative slow down in her career, as the transiting Saturn will be forming a Square aspect with her Natal Venus in Leo, in the coming times. However, this is largely her personal thing – a planetary effect in her own Kundali, and thus may not be entirely called a by-effect of her marriage, as and when it takes place.

Will/ how shall the marriage affect Katrina’s career?
Ganesha observes that Jupiter in Ranbir’s Chart falls on Katrina’s Saturn. Considering this factor and other inter-planetary combinations between both people’s Charts, Ganesha feels that Katrina shall surely become more selective in choosing her roles after her marriage. It is not going to affect her career negatively, but as indicated above, by being selective/choosy, she may experience a kind of slow down. Post July 2015, when Jupiter transits over Katrina’s Natal Venus, Ganesha expects her to be under the spotlight for about an year – with some noticeable releases.