Kylie Minogue may never settle down and have a family 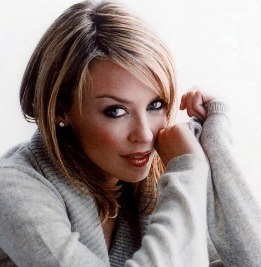 Kylie Ann Minogue is an Australian Grammy and BRIT award-winning pop singer, songwriter and actress. She was born in Melbourne, Australia on May 28, 1968. In 1990 Minogue was in a relationship with a singer, Michael Hutchence. She again got involved with a French photographer. There were news that she also had a relationship with French actor Olivier Martinez. Amidst the numerous relationships which she had, Ganesha’s acumen tries to judge the future of this talented actress.

Character analysis
Kylie Minogue has a watery Cancer Ascendant and Ascendant Lord Moon is exalted placed in the 11th house. So she may be very sensitive and very emotional and sentimental. She is more imaginative and progressive in her manner of thinking. She can be hard from the outside like a crab but will be very gentle underneath. But she has four planets in earthy sign Taurus makes her highly practical and materialistic as well. The impracticality of Cancer Ascendant is overtaken by the impact of Taurus dominance in her chart.

Her birth star is Rohini and star Lord Moon exalted makes her extremely beautiful and very attractive. She shows a lot of pomp and show but at the same time she may have weak heart or say very selfish or self centered nature. She may be very short tempered and invite troubles by over reacting at times. She can be very secretive and violent, when instigated, as Moon is afflicted severely in the Navmansa chart by Mars and Ketu. She is also prone to depression.

Relationship and marriage
She has said that she was never made for a conventional marriage with a house in the suburbs. In her Navmansa chart Ascendant is severely afflicted and Rahu is placed in the 7th house of Navmansa clearly indicating lack of harmony and peace in married life. Saturn-Rahu conjunction in the 9th house is also not desirable for long term relationship. So her statement matches with the planetary influences in her chart. The strong Venus in the 11th house and four planets therein might give her vast friend circle and also strong desire for love but certainly not in favor of long term bond.

The Australian beauty is planning to celebrate her birthday on May 28. In her solar return Chart Muntha is placed in the Ascendant and the Lord of Muntha and Ascendant Mars is debilitated and placed with Ketu seems unfavorable . The year Lord Venus is moderately powerful and placed in the 7th house. Considering all these factors she might face depression because of relationship and financial scarcity at times. In February 2008, there was much media speculation about the relationship between Minogue and Martinez when they were seen together in Paris. The couple reportedly talked about reuniting and starting a family but the singer later dismissed the reports. She may be more interested in a couple of intelligent relations in coming year and social circle will widen and she may have a severe bout with a couple of them between July and November this year but might not get the desired happiness and it would not last long. Minogue underwent surgery in 2005 and also recovered but she needs to be very careful in this year particularly between December 2008 and February 2009 about the health issues.