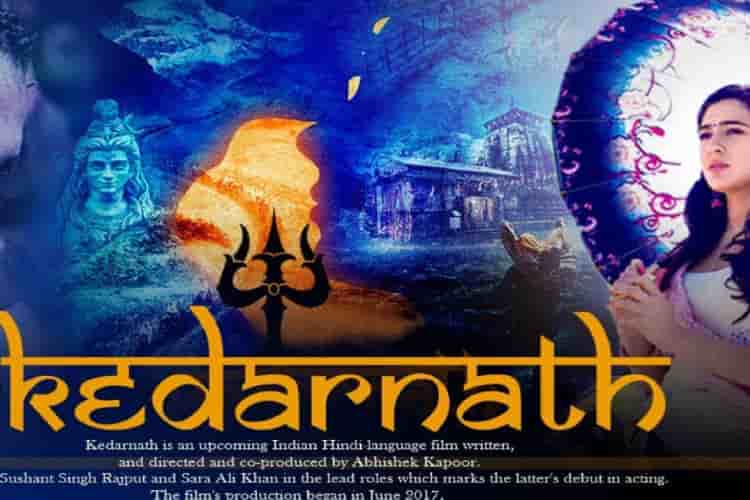 It has been a while that we have seen Sushant Singh Rajput on the big screen! Right from his award-winning performance in the television serial Pavitra Rishta, to his first movie Kai Po Che and to his power-pack act in his latest movie M.S. Dhoni- The Untold Story, this lad’s acting skills have been quite impressive. Fortunately, we’ll also be able to have a glimpse of the chemistry between Sushant Singh Rajput and Sara Ali Khan, the daughter of Saif Ali Khan, in their latest movie called Kedarnath which will be released on the 7th of December this year.

Sara Ali Khan, daughter of Saif Ali Khan and Amrita Singh, will make her debut in the realm of Bollywood with this film which hits the floor this year. It seems like a simple yet a deeply rooted love story of a Muslim boy and a Hindu girl. The movie revolves around how a Muslim pithoo saves a Hindu tourist from the floods that happened in Uttarakhand at a pilgrimage, and how it develops into an intense love story of its own kind! The storyline is beautiful and is not the usual love story that we get to see in Bollywood, so a lot is expected from the film and the actors. The movie is directed and co-produced by Abhishek Kapoor who has directed other great movies like Rock On, Kai Po Che, Fitoor, Rock On II, etc.

The official teaser of the movie was released on the 30th of October and people have showered a lot of love towards the same. Also, the music director of the movie is the talented Amit Trivedi, so we hope that the music also makes it big. The film also caught some attention when the priests from Kedarnath demanded to ban the movie as they thought it promoted love-jihad. Here is what Ganesha predicts for the movie.

As per the chart, Ganesha observes that the four major planets are conjunct in the 12th house of the release time chart. Thus, the fate of the lead actors in this movie is quite uncertain as there are no clear-cut signs or signals as to the film being either favorable or unfavorable. However, their performances will be applauded in this movie but the part affiliated with luck and fortune is not expected to touch the sky. Want to know about your luck and fortune in your career? Buy the Career Ask 3 Questions Report.

As stated, the majority of the planets are placed in the Watery signs. Thus, this factor shows uncertainties regarding the performance of the lead casts. Although their performances will be excellent, it may probably get unnoticed. Even, the critics and other film evaluation firms may also show lesser interest to appraise them for the movie.

Considering the various planetary aspects, Ganesha feels that this movie will do average in terms of the earnings through various means. Chances of getting major financial accumulation through overseas shows are also being indicated, but average. Summarily, this film is likely to attract a mixed audience as we may not be able to discriminate them among those who are mainstream or arty! Do you want to know more about your Business? Buy the Business Ask 3 Questions Report.

So, with the likes of Sushant Singh Rajput and Sara Ali Khan, the talented director, the vibe of the story-line and a sweet amalgamation of the music by Amit Trivedi and lyricist Amitabh Bhattacharya, this movie may take us by surprise. Ganesha wishes good luck and a bright future ahead to the cast, the director and producers of the movie!