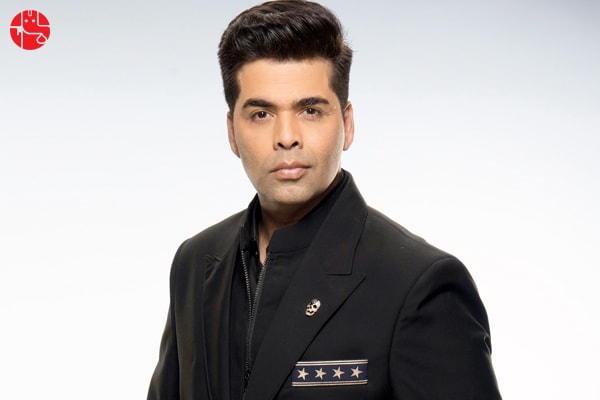 (Image Source: Internet)
Versatility in personality is an unusual phenomenon. The same holds true in the glamorous world of Bollywood. Well, Karan Johar, an eminent Hindi film personality wins this test with flying colours. Informally referred to as Kjo, Karan Johar is an Indian film director, producer, screenwriter, costume designer, actor and television personality. Indeed, Karan Johar has defied the limits of energy and enthusiasm, and risen like a star in Bollywood. Now, Ganesha has analysed his horoscope and peeped into his future. Here are the findings:
Karan Johar Birth Details
Date of Birth: 25th May 1972
Birth Time: Unavailable
Place of Birth: Mumbai, Maharashtra, India

In Karan Johar’s Surya Kundli, the Lord of the 11th House (Labha House) Jupiter is transiting natal Moon via the 6th house (Shatru House or the house of health and well-being). Thus, the conjunction of these two naturally beneficial planets may grant Karan Johar more success in the coming months. His sincere efforts will be rewarded by the planet Jupiter. What about your career? Do you have any query about your future? If yes buy Career Ask A Question Report and get the useful guidance.

May Clinch Some Large-Sized Projects

Karan Johar is likely to grab some large sized projects during this year. Besides, Saturn is transiting the 8th house (Ayu House, related to wealth and sudden gains) of his horoscope. Thus, he may undertake some programmes or campaigns for charity purpose. Also read about Salman Khan.

Enormous Earning On The Cards

Considering other planetary configurations, Karan Johar will act like a smart-thinking business person and get many new creative ideas in his mind. Besides, owing to Ketu’s transit over natal Rahu through the 9th house (Dharma House), he may get chances of huge earnings in the next few months. Do you want to boost your earnings? Avail the Free 2018 Finance Report and surge ahead in life.

Anxiety, Worry Foreseen In The Latter Part Of 2018

Also, Karan Johar is not likely to face health issues in the time to come. However, he may get very anxious and worried about something in the latter part of the year. He may not share a good equation with some of his close associates. Karan Johar will try to give more time to his personal life during the second half of 2018.  Are you facing any relationship issues? Get the 2018 Personal Life & Relationship Report and settle your problem.
With Ganesha's Grace,
Malav Bhatt (Bhattacharya)
The GaneshaSpeaks.com Team
To Get Your Personalised Solutions! Talk To Astrologer Now.
Share