Kapoor and Sons may not match up to the great hype; Sidharth-Alia chemistry may be crackling! - GaneshaSpeaks
https://www.ganeshaspeaks.com

Kapoor and Sons may not match up to the great hype; Sidharth-Alia chemistry may be crackling! 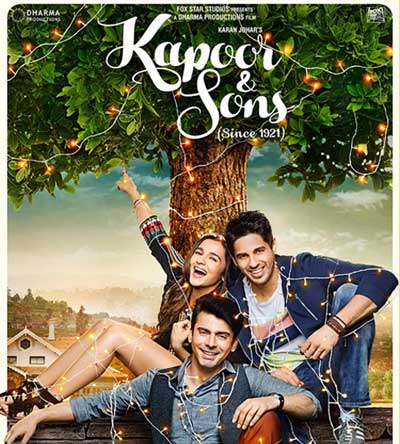 Produced by one of the biggest production houses of Bollywood – Dharma Productions, ‘Kapoor and Sons’ seems to have the inherent element of fun, life, colour and verve! Starring Sidharth Malhotra, Alia Bhatt, Fawad Khan in the leading roles and the seasoned Rishi Kapoor, Ratna Pathak and Rajat Kapoor in supporting roles, this Shakun Batra directed film is a story of two men falling for the same woman. How entertaining will the film be? Will it be able to live up to the hype? Let’s find out!

Music to enjoy a good connect…

Do not expect too much!