Hazel Keech – Mindful of her actions 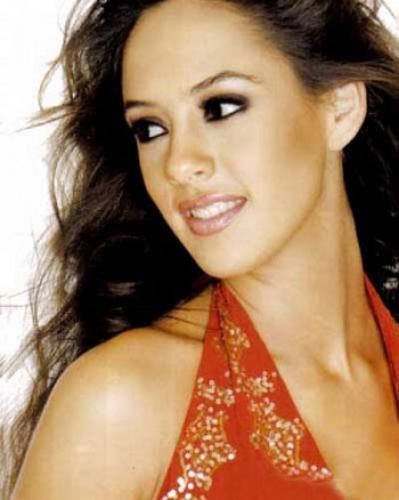 An actress and model Hazel Keech got a big break in Bodyguard, in 2011. She shared the screen space with the two superstars of Bollywood – Salman Khan and Kareena Kapoor – in her debut film and got her presence noticed. And it is believed that she is close to the host of Bigg Boss 7 that clinched the part for her. Friendly and cooperative, Hazel would rarely lock horns with other celebrity contestants, and would never be hungry for footage. Hence, the audiences would hardly get to see Hazel on their screens.

What do her Stars say?
Hazel Keech is born with Sun, Moon and retrograde Mercury in Aquarius. Mars is in Aries, its own Sign. Jupiter is also in its own Sign but is afflicted by Rahu. Venus is in Friend’s Sign Capricorn. Saturn is in Scorpio. Now, tricky part is, Mars is in Aries which is its own Sign whereas Saturn is placed in Mars’ Sign Scorpio and Aries (in which Mars is posited) is Saturn’s Sign of debilitation. This way, Saturn becomes Anyo Anya Neecha (debilitation by exchange). Saturn and Rahu’s separating transit opposing Hazel’s powerful Natal Mars is one of the reasons for her eviction from the Bigg Boss house, as Aries is the Sign that indicates ‘beginnings’. No wonder, she got evicted during the first week itself. However, Hazel does stand a chance to return to Bigg Boss house or to have wild card entry.