Hasee toh Phasee to do good business at the BO, says Ganesha 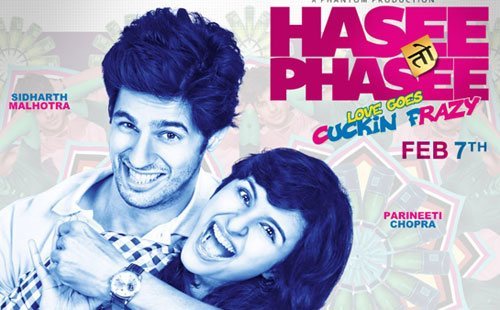 What can be expected when Anurag Kashyap and Karan Johar, two individuals with completely different cinematic sensibilities, come together to tell a story to the audiences? It is bound to have a Karan Johar brand of romance mixed with real life situations and emotions which are a mark of an Anurag Kashyap films. Movie-goers are in for a refreshing treat this Friday as Hasee Toh Phasee, a romcom produced by Anuraj Kashyap and Karan Johar, hits the theatres. Directed by Vinil Mathew, the film stars Parineeti Chopra and Siddharth Malhotra in the lead roles. The soundtrack of Hasee Toh Phasee is composed by music director duo Vishal-Shekhar.

It is not always that an unusual storyline attracts audiences and does well at the box office. Will Hasee Toh Phasee strike the right chords? Time will tell, but before that, Ganesha analyses the release time chart of Hasee Toh Phasee and foretells how the film will do at the box-office.

Ganesha wishes good luck to the cast and crew of Hasee toh Phasee.

Is there something bothering you on the business front? If yes, don’t hesitate to avail Business Ask a Question Detailed Advice and find a solution to your problem.