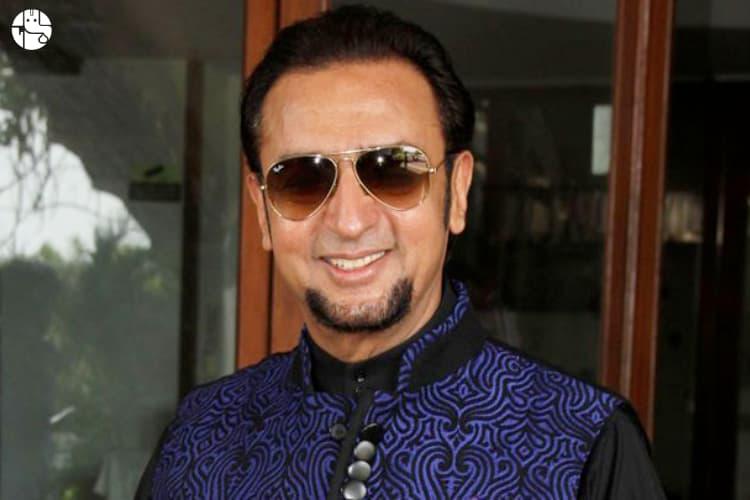 “I believe it’s better to be a baddie because baddies have a longer shelf life, and don’t have to depend on looks”

These lines from Gulshan Grover prove that if an actor can garner more popularity than his contemporaries, and that too by doing negative roles, you know he is talented. He sure was a nightmare for many in the 90s, the ‘bad man’ of Ram Lakhan, from where he got his nickname. The passing years have, however, recognised and established him as a strong, versatile actor who can stand on his own, even in the presence of the so-called heroes.

Not many of us know that he is also one of the earliest actors from Bollywood to successfully work in Hollywood. Yaas! Foreign Filmmakers have also struck gold with this talented actor from a theatre background. One of his memorable roles from Hollywood would be ‘Dada Bhagwan’ in the movie ‘Desperate Endeavours’, for which he won the Best Actor Award at New York City Film Festival. For his Indian fans, just a mere sound of ‘Kabira Speaking’ brings joy!

Closing 40 years in the entertainment industry, the actor will turn 65 on 21st September. Where Bollywood has failed to utilize his talent to the fullest in recent years, his appearance in Hollywood and world cinema has made his fans all around the world happy. His fans are now waiting for the star-studded Suryavanshi with Akshay Kumar. Before the release of his another blockbuster, we have something special for all his crazy admirers. Those who desperately want to know about his future in Bollywood should take a front seat as we are going to reveal his prospects for the year 2020-21 on his birthday based on his Birth Chart. You can also get future predictions for up to 10 years with your personalised Birth Chart or Janampatri.

We will be predicting Gulshan Grover’s future basis the Surya Kundali as we do not have the exact time of birth. To predict the future precisely, the time of birth is essential. Though with Surya Kundali, too, we can know the upcoming events. So let us delve in to understand more about how stars have aligned for Gulshan Grover.

Gulshan Grover was born with the Sun in Virgo sign. Virgos are naturally observant and analytical, and these may be the qualities that have made him a Teacher at the prestigious Actor’s Studio. It was the very same school where he learnt acting along with his batchmate Anil Kapoor. Ketu placement in the 9th house is also a testament to good and favouring fortune for the native, and being the actor with some of the most memorable roles of Hindi Cinema proves that.

What are the astrological predictions for 2020-21?

It is not a piece of news that our on-screen ‘Bad Man’ is one of the most humble people in real life. Big names from the industry may seek him for both personal and professional advice due to this. As an industry veteran, his creative inputs and views are likely to be accepted with open arms by his peers. His son Sanjay Grover, who is also a Filmmaker, might also seek him for advice.

All is not only for the others though, as his own dreams might also materialise during the coming year. He may want to expand his creative wings to writing or other departments of filmmaking, which is likely to allow his fans to peep into unscratched territories of his cinematic knowledge. Moreover, he is also likely to invest in the projects that he may find promising, and we can’t wait for that anymore!

The transit of Jupiter in Capricorn on 21 November 2020 may prove to be beneficial for the Virgo as they are likely to achieve remarkable professional recognition from their colleagues. As we have mentioned, this might make Gulshan Grover a ‘Guru’ in a true sense among the advice seekers. This transit is also supposed to be financially favourable for the natives of Virgo.

As for the Rahu Ketu Transit in 2020, Ketu in the 3rd house (House of Enterprise) denotes the ease in the matters of Finance and Money for Gulshan Grover. Rahu in the 9th house, on the other hand, is likely to increase his responsibilities in the workplace. Being a hard worker that Gulshan is, he may need to shift his attention towards self-care and health.

In a nutshell, an outstanding year and bright prospects ahead are foreseen in the birth chart of the Supervillain. We desire to see him more on-screen as a baddie, but more than that, we wish for him to achieve his goals, have good health and gain success with his future endeavours. May this year bring the best of him.