Son of a renowned scriptwriter Salim Khan and younger brother of superstar Salman Khan??? Arbaaz, belongs to one of the most influential families of the Indian film industry. He made his debut in ‘Daraar’ (1996), which won him the Filmfare Award for the best performance in a negative role. The audience also appreciated his performance in ‘Fashion’. In his career of 15 years, Arbaaz Khan has acted in a number of films, but has failed to achieve stardom. But with one film ??? Dabangg, as a producer and actor, he nearly set the box-office on fire! The film which released in 2010 became one of the
highest grossing films of Bollywood. It gave the much needed boost to Arbaaz’s career. There’s a lot to look forward to in the times to come, as Arbaaz is now working on Dabangg 2.

With one of Bollywood’s highest-grossing films in his kitty, Arbaaz seems to be raring to go. As the actor-producer celebrates his 45th birthday on 4th
August, Ganesha finds out with the help of Vedic astrology whether year 2012 augurs good luck for this lesser known Khan. 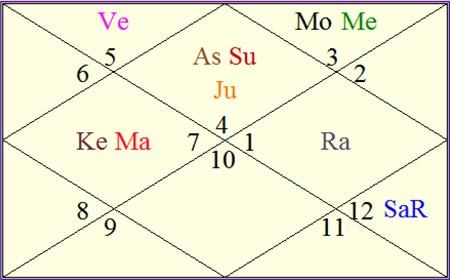