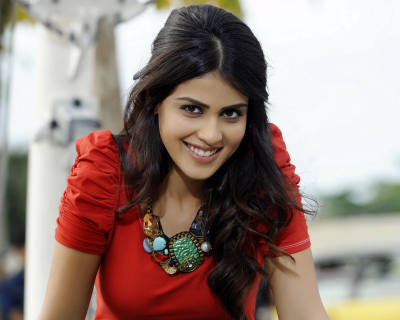 Pretty as a pin and now a new mom, Bollywood and Tollywood actress Genelia D’Souza turns ayear older on 5th August. The cute-faced doting Leo mommy and a beaming wife to actor Riteish Deshmukh, Genelia also turned film producer last year, as she produced a super-hit Marathi film. Things surely seem to be going her way for Genelia, even though, post wedding and mom-hood, her acting career seems to have taken a back-seat. But, that’s understandable! And, that hasn’t stopped Genelia from looking gorgeous and dressing ever so stylishly. Here, Ganesha looks at Deshmukh bahu’s Solar Horoscope to predict the way ahead for her –

[Owing to the unavailability of the Birth Time of the celebrity, the following predictions have been generated using the Solar Horoscope, created basis her Birth Date and Birth Place.]

Will Genelia make a comeback as an actress? Her two movies are in post production, but are delayed in releasing. She has also done well as a producer. What lies ahead for her?

Ganesha wishes a great time ahead to Genelia D’Souza.